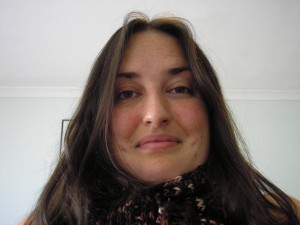 Belinda Rule author of The Road North From Toodleton

The first thing was that Olga Lorenzo assigned Marilynne Robinson’s Housekeeping in Novel 2 class (at RMIT), which for me is one of those books that is playing the violin in a minor key inside your chest cavity and you are just falling over. It’s about a child living in a barren situation who ultimately decides to become homeless. It brought up for me a difficult time in my young life when I was living with a dangerous person, and engaging in a kind of guerrilla warfare to stay out of this person’s clutches. One of the things I considered was becoming homeless. I went through a very detailed, pragmatic decision-making process about that, as much as a child can, and finally decided to stay. I am still not sure that was the right choice – the years in that situation were long and bitter, and in many ways I am still recovering from them. This is where the emotional business of the story comes from: it’s about a child who becomes homeless in her heart (although the protagonist, Steffie, otherwise has little in common with me). The story is also about fantasy as a saviour  – which it has been for me – but also a trap, because it stops you facing your situation as it is and making hard decisions.

The story feels very emotionally raw for me to re-read. Obviously I read the hell out of it while I was drafting and workshopping it (and thanks to my RMIT peeps, as well as Karen Healey, for that!), but some time has passed since then. I wonder how it feels to readers.

Most of the time a long story is the only kind of short story I like! I find it a really hard ask as a reader to do all the brain work of entering the reality of a fictional world, only to be rudely turfed out again after two or three thousand words – which seems to be the length Australian serial publishing wants to support. For a story, you need a character who changes. How many scenes can you even fit in two to three thousand words? Establish character, moot the change, realise the change, bang, you’re out of words. How rude!

Don’t get me wrong:  it can be done, but not by many people and, I must admit, not by me.

In the long story form you can take several scenes to show the reader who the characters are in a rich way, then moot the change, then develop some rich conflict and vacillation over a few scenes, then realise the change, then have a rich denouement scene (or several) as well.

I may be biased because at this time in my writing life, most of my stories naturally seem to pop out somewhere between five and ten thousand words. The five thousand word ones I will fight to trim back to closer to four thousand because that doesn’t seem so egregiously over-length for an Australian journal. The longer ones I just have to accept as loveable weirdos, like me.

I find it very strange that I sit in creative writing classes that are overwhelmingly comprised of women, but so much of public literary/intellectual life in this country is comprised of men. It’s hard for any thoughtful woman or man writing today not to notice and be troubled by that dissonance. But it’s not always clear that anyone is making this happen deliberately, or what we as individuals can do about it.

In the coalface parts of the publishing industry (i.e. writing and editing), there is that nebulous cultural/economic process going on where all the money and prestige disappear from a profession at the same time as a lot of women arrive in that profession. Depressing!

I also worry about the cultural construction of men’s feelings as universally human, but women’s feelings as narrowly personal (and possibly odious – ‘hysterical’), which is common to Western patriarchies, and which means men’s fiction is prone to be better-received as high culture. This makes me cross because I’m a literary writer whose work has become increasingly emotional over time. But I don’t want to write in a more butch or intellectual way, whatever that would even mean. I will just have to carry on writing about the fantasy lives of sad children as best I can. You have to write the work you are driven to write.

Ideas start because I have fixated on something and become captivated by it: a place, an object, a person, a line of dialogue. Or I have had an upsetting experience and am obsessing about it. Often I do not understand my fixation. Then I ruminate and fantasise a story in which to set the jewel. Then I evaluate that story to see if it is a private fantasy or if it could make good fiction. For instance, my fantasy that I was a communications officer working with MI5 during the film Skyfall, and James Bond and Judi Dench’s M were competing to have a love affair with me, is probably best left for private enjoyment.

The way that ‘The Road North From Toodleton’ started was that firstly I had gotten stirred up about some painful events in my early life – as I described earlier. Then I was very taken by a run-down house that I saw in Spotswood with four-foot-high grass in the front yard. I began speculating what it would be like for a child to live there. Since I had all this personal sadness on my mind it naturally became a sad story. At first the child is enchanted – she lives in her imagination and uses the chaos around her as fodder – but later she is forced to look at her life from an outside perspective, and is disenchanted.

As is usual for me, I did not know exactly how this was going to happen, and had to find out by writing it, scene by scene, with only a general sense of direction. Because I was so het up about this material, a large amount was written in a blurt of intense activity, with scarcely any of my usual crashes into doubt, terror and self-loathing. When I took a breath, I had written twelve thousand words, included a whole lot of stuff that happens years later when Steffie is a teenager. I realised I was in danger of generating a novel’s worth of material. Since I work full-time, study part-time and shoehorn writing around that, and I already had another, quite mature novel project on the go, I had to be pragmatic about the fact that I could not write this as a novel right now. I recruited workshop buddies for advice at this time, and finally determined that what I was writing right now was restricted to the flight of story whose climax begins with Steffie looking at her mother in a clear-eyed way for the the first time. Then that needed a denouement. Then of course every scene needed to be re-tweaked to be sure they were all pointing in that direction, and the tension was escalating consistently. Then there is the endless, endless redrafting for general quality that you do. There is not a lot of instant gratification in this writing gig.

For me it is more important to keep reading new things and finding something fresh to be surprised and provoked by. But there are some writers I will return to. Alice Munro, for instance, has some stories in which every sentence is just radiant – it rings me like a bell. It does this while being quite simply and unpretentiously written, with no discernible literary theatrics. It makes me think that fiction can do anything, and that there’s no reason I shouldn’t be able to do it too.

For motivation, the thing is just to make an ongoing space in your life for writing and show up for it. The work will come. Sometimes it will be different work than you thought you were going to do. I try to respect the caprice of my subconscious preoccupations because I think my best work comes from that deep place. Of course often there are external reasons why you need to work on A rather than B, and then you have to talk your subconscious around.

I know about myself that I need structure, and so I take steps to create that. I do creative writing classes, which hold me accountable for producing something. I have friends who are working writers, and we hang out and write together. I find that a benevolent witness helps me be my best self, instead of the lizard demon, Procrastinator, Destroyer of Worlds.

Belinda Rule lives in Melbourne, where she studies creative writing at one university, and makes websites for another. She has received a fellowship to Squaw Valley Community of Writers, USA, a Copyright Agency Limited Creative Industries Career Fund grant, and is a past winner of the John Masefield Poetry Prize. A residency is planned for 2014 at Bundanon Trust. Some places her work has appeared are: Meanjin, Eureka Street, Westerly, Sleepers Almanac, Famous Reporter, Cordite Poetry Review and Best Australian Poems 2012.

The Road North From Toddleton