Our prize judge Roanna Gonsalves described Wright’s entry as an ‘exceptional work,’ which is ‘in part an ode to camels and in part a ludic interrogation of the archive’. In her judge’s report she said it is ‘a work of extraordinary imagination, a masterful display of the possibilities of language, that speaks to our contemporary human concerns in a unique and delightful way’.

The two runners up were also announced: Dominique Hecq for her collection Smacked which Ms Gonsalves described as ‘a moving collection of stories about addiction told with heart-stopping narrative control and emotional resonance’ and Rashida Murphy for The Bonesetter’s Fee And Other Stories which she described as ‘a luminous, skillfully-crafted collection about little lives narrated in a distinctively compelling voice’.

Three works were also given Highly Recommended status by the judge for ‘the expansiveness of their artistic visions and their vital, timely conversations about power and privilege: Odette Des Forges’ Woman Walks Into A Bar, Su-May Tan’s Lake Corona And Other Stories, and Emma Ashmere’s The Missing’.

Wright receives $3000 in prize money, and Hecq and Murphy each receive $1000. David Wright’s A Condensed History of the Australian Camel will be presented as an interactive installation in 2022.
Three of the works in this year’s award will be published by short fiction publisher Spineless Wonders. Smacked by Dominique Hecq, The Bonesetter’s Fee and other stories by Rashida Murphy and Lake Malibu and other stories (entered as ‘Lake Corona and other stories’) by Su-May Tan will be released in print format in January, 2022.

Now in its fourth year, this award is for prose works including short fiction collections, novellas as well as any hybrid prose forms up to 30,000 words in length. The writing may take the form of fiction or creative non-fiction. Collections of poetry will not be considered. The submission may be comprised of short stories, micro-fiction or novella. Submissions may also include reflective essays on the stories in the collection. Entries with audio-visual content, hyperlinks as well as text are encouraged.

The award includes cash prize amounts of $3000 for the winner and $1000 for two runners-up as well as world-wide digital publication of all three winning entries as part of our Capsule Collections series. Winning entries will also be considered for production as audiobooks or audio-dramas. 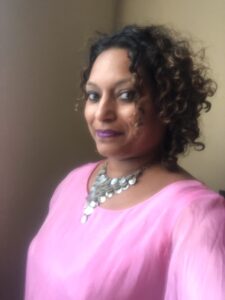 Roanna Gonsalves is the award-winning author of The Permanent Resident published in India and South Asia as Sunita De Souza Goes To Sydney. Her writing has been compared to the work of Alice Munro and Jhumpa Lahiri. Her four-part radio series On the tip of a billion tongues, commissioned and broadcast by ABC RN’s Earshot program, is a portrayal of contemporary India through its multilingual writers. Roanna is a recipient of the Prime Minister’s Australia Asia Endeavour Award and The Bridge Awards’ inaugural Varuna – Cove Park Writing Residency in Scotland. Roanna serves on the Board of Writing NSW and works as a Lecturer in Creative Writing at UNSW. For more information see https://roannagonsalves.com.au/

Spineless Wonders wishes to thank the Copyright Agency’s Cultural Fund for its support of this project.