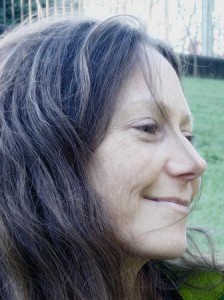 Sue Booker, author of Beware of the God

‘Beware of the God’ grew from an idea that formed years before I wrote a draft. The jumping-off point was ‘It could never have worked. But that doesn’t excuse what I did.’ All I knew was that a stranger would hassle the narrator for walking his dog in the wrong place, and that despite clashing values they’d be mutually attracted.

Exploring how westerners treat their pets vs. creatures they like to eat gave the initial impulse momentum.

As a reader, I love the long stories of some of my favourite authors even more than their short stories or novels, e.g., Amy Hempel’s ‘The Uninvited’, A. M. Homes’ ‘Remedy’ and David Foster Wallace’s ‘Good Old Neon’. The long form appeals to me as a slow and searching reader. Short stories can leave me wanting more, and novels demand an investment of time they don’t always repay.

As a writer, I can venture into complexity without the long story consuming years of my life. If the process of writing a novel is for me akin to a major relationship, with short stories like flings or one-night stands by comparison, then to run with that analogy, a long story might be an extended courtship that stops short of monogamy.

Sophie Cunningham, for one, has cited dire inequalities re gender representation in our literary culture. One challenge for me concerns my themes, which could be deemed typically ‘female’: private, personal or internal dimensions of relating and sexuality; marginality and insanity aggravated by or relative to our society’s patriarchal, consumerist values. All of which reflects my experience as a woman here.

I don’t have a ‘usual’ writing process. Some of my stories arrive ready-made, turning up like found objects. Others await excavation, so I just hope I’m digging in the right place until they reveal themselves as if they were there all along, with only patience needed to find them: ‘Beware’ lay buried for three years and took about two months to unearth. A third kind relies on a process of improvising, often the most exciting if risky, accounting for much of my unfinished work.

Sometimes I feel blah because a project I’ve started seems to be beyond my technical or imaginative means. While I read fiction most days – briefly before starting work and again after, for longer, like a reward – it doesn’t inspire my own work directly. I’m slow to absorb and integrate outside influences. What can jump-start me is switching projects: locating the spark on a given day. It might be in research, editing something with new-found perspective, or teasing out some problem of structure or motive via notes.

My plots, such as they are, often fall into place when I’m sleep-deprived: fiction as a kind of waking dream. Though I can’t afford to court a sleep debt on purpose, lowered conscious control can induce free-associating.

Beware of the God