In the last of our series of interviews with authors from the Michael McGirr Selects series, we chat with Melbourne-based Mark Vender about the his story, ‘Adnarchy’, about writers he admires and what he does when he stuck for ideas. To read an excerpt and purchase a copy of ‘Adnarchy’, see below. And to meet Mark and other fans of the short Australian story, join us for the final online bookclub for 2015, here at 8pm EST, Thursday, December 3.

Going way back, I don’t remember the names but I definitely remember some talking animals and action heroes. Not sure where to draw the line and say when they changed from children’s stories to grown-up attempts at fiction. However, the main malcontent character in Adnarchy has certainly been around for a long time in one form or another, and he even had the same first name in an unpublished novel I wrote around 10 years ago. In that case he was a well-meaning megalomaniac who wanted to “fix” the modern city by taking over the public service network. Over the years he’s mellowed.

As per usual it was things going on in my life at the time I wrote it. The character was also a big part of it – just a personality in my head who demanded a space. At some point the character sort of coalesces with those preoccupations and an actual scenario/story, and the whole thing starts emerging. In the case of Adnarchy there was a fair bit of anger, which probably isn’t such a good thing.

It is something that just ticks away in the background for a long time, quite often emerging as ideas or lines that get written in a notebook or on random pieces of paper. When I feel there is enough to work with I sit down and have a crack at a first draft and there is definitely a sense of “let’s see how this goes”. One of the hardest parts for me is getting the narrative to work in a traditional story sense (effective tension and resolution) while still matching up with the other elements floating around in my head. 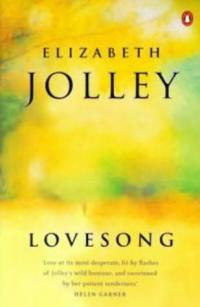 For inspiration – and by that I mean writing that reminds me of quality – I try to read books that have stood the test of time. Just recently, I’ve come to the conclusion that reading poetry is good practice for a writer too. Right now I have a couple of things on the go: a kind of travelogue I’m reviewing for work, and next to the bed there’s a manga comic (Oshinbo) that I borrowed from my son. I have an anthology of poems that I take for the morning train, too (Poems by Heart).

The best book I’ve read so far this year has been Los Enamoramientos (The Infatuations) by Javier Marías. Special mention for Lovesong by Elizabeth Jolley, too.

How does writing fit into my day-to-day life? Not enough at the moment. Getting up very early is the only habit I try to maintain, in order to preserve a space for writing, though with work and other commitments I often feel like I’m not getting anywhere. My advice is to just keep at it. Even if you’re only doing a little bit, it keeps you connected with whatever you’re writing and a lot of the good stuff is done by your brain in the background, just as a result of being engaged with an idea, or a “problem”. I’ve also found deadlines very useful. Sadly, internal deadlines don’t seem to work for me – I need someone else to be expecting something. It helps to have peers or a group who you meet with regularly and share your work with.

Mark Vender is a writer, sub-editor and translator. After living abroad for a number of years, he is now experiencing the fears and joys of returning to the ‘adnarchy’ of Australia. His short fiction has appeared in print in the Spineless Wonders anthology Escape, and online at Seizure’s AltTxt project.