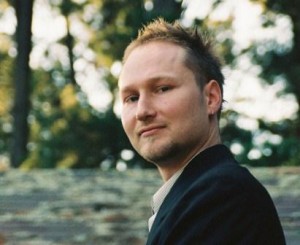 There are many, so I’ll have to just name a few. My tastes are pretty varied, and I love Chekov as much as I love Kafka. A while ago I read a lot of New Yorker stories, and people like Alice Munro made an impression on me. Still, I tend towards the more exotic, and in the genre I work in – speculative fiction – it’s Borges, Ballard, M John Harrison, Peter Carey, Margo Lanagan, Angela Carter, Kelly Link. In any case, I love the form: the way short stories are condensed, like little polished jewels.

Uh, ah, um. I’m going to have to point to a few. Ballard’s ‘The Drowned Giant’, M John Harrison’s ‘The Blue Rays’, Harlan Ellison’s ‘Repent Harlequin Said the Ticktock Man.’ See, I could just go on, and fail completely at answering the question.

Sometimes people suggest that at its centre is a single idea, though sometimes I think it’s often two ideas running against each other.  Others say the perfect short story has no unresolved conflicts, no unnecessary scenes, no superfluous words. In any case, compared to the novel – which is often a rambling overblown structure – the short story is self-contained. There’s a craft to keeping it so condensed which I love to see in its best practitioners.

In terms of fiction, it’s speculative fiction. There’s surrealism in there, fantasy, magic realism, a very little science fiction. Basically, my work is non-realist. The fantasy that I write has been well received so I’ve tended towards writing more of that, but I intend to move away from it at some point in the future. I’ll go back to the other modes. Sometimes I wish I could write straight, mimetic, fiction. Alas, I can’t. My mind works better when the mimetic or realist aspects are thrown into a new light by something unusual.

At the moment, I quite like “The Cinema of Coming Attractions”, a story set in Southern France somewhere during the 1960s. Every year a cinema comes to town that shows the audience their future. It has unexpected effects. The story is my meditation on New Wave French film, among other things. It’s the first story in my collection, The Library of Forgotten Books.

Let’s take “The Cinema of Coming Attractions.” My friend Andrew Macrae had written a story which featured a ‘Museum of Replicas” or something like that. The title of my own story popped into my head, and I wondered, well what is that? What are the coming attractions? I’ve always been interested in the philosophical concepts of free will and determinism – do we have agency, or are we controlled by the structures around us? – and the idea of seeing your own future is a good way of thinking about this. I’d also read a fair bit of Ballard by this stage, and so the opening of the story is very Ballardian:

During the summer the crowds came to the town – starlets and champion surfers, playboys and fortune seekers, retired generals and declining pin up girls – and bustled around the squares or lazed on the rocky beach beneath the white cliffs topped by even whiter buildings. Here they acted out their desperate affairs and petty dramas. The more adventurous sailed out to the rock pools on the picturesque islands or along the coast to the famous Sparkling Grotto with its fractured and kaleidoscopic light. But chief among the enticements was the Cinema of Coming Attractions. Each day, as my gang scammed tourists from the Place de la Revolution, I watched the famous and the wealthy stagger from the matinee sessions at the Palais Cinema. Sometimes they would be arm-in-arm and laughing. At others they came out drawn and white. And, of course, I’d heard the stories of breakdown and suicide.

I wrote the story when I was in France, so the location was simply my own immediate one, though I wasn’t in the south but in Burgundy. In terms of plot, I can’t exactly recall I’m afraid, except that as usual, it turned out to be more complicated than I’d hoped!

Each time it’s different. Sometimes I start with a scene, other times a plot, other times a title, most often, though, a concept – an idea. So my notebook is full of little notes like: “Character born without eyes: metaphor of society as blind?” Then I just throw myself in. I always have fellow writers read it – I’m part of a group called Supernova, who are all accomplished writers. They usually give the story a thorough going over, the way Tony Soprano would give someone a thorough going over. “For your own good, you know…” After I’m out of hospital, I see that they were usually right. Then I rewrite it. Finally it gets sent out to whoever’s been buying my stories lately. Usually to the US or the UK.

Not really. Sometimes I think it’s a writers’ form. Most people seem to like reading novels more than stories. It’s just a reality we have to face. It’s a pity really. But I work in perhaps the one form – SF – where the short story survives.

I don’t mind at all. I agree with Cory Doctorow that the danger for the modern writer is anonymity. If digital or audio helps get the work a hearing, I’m all for it. Personally, I like paper. But that’s just me. Some of my stories are available online, such as “The Interminable Suffering of Mysterious Mr Wu”. It’s companion piece, “The Fear of White” is available on a podcast. Probably my most well-known story was first published online also, and still lives on here.

Do what you love, do it for the love of it. Publish things that you’d like to read. Don’t worry about what anyone thinks about it. Ask yourself, “Is this what I would like?” Then go for it.

Rjurik Davidson is Associate Editor of Overland magazine and the author of The Library of Forgotten Books. His novel Unwrapped Sky will be published in 2012.