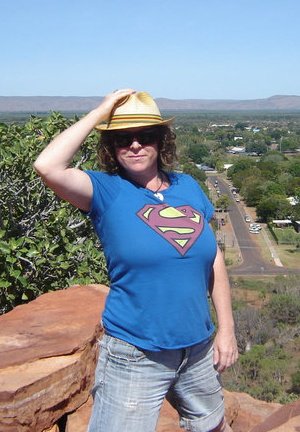 An idea to write a trilogy of 3 very short stories, each with a character called Michael in it. Could be the same Michael, or could be three different Michaels . This is the first story in that trilogy. There’s also a writing exercise I was thinking of where you tell a lie about yourself. So that inspired me to make the storyteller in ‘Custard’ a compulsive liar and I discovered fairly quickly he was a kid living in the suburbs, obsessed with famous American actors.

A lot of intuition. I don’t have much structure before I begin writing.  In ‘Custard’ I tapped  into the voice of the narrator fairly quickly – what sort of stories he was telling about himself, (that’s not always the case, btw). Also, I was waiting for Michael to turn up in the story so I listened out for that character.

I start fairly broadly. Sometimes too broadly and I discover I’m trying to shove 2 or 3 stories in the one, so that involves some tricky decision making. Sometimes I narrow it down too quickly and need to go explore more, in a different scene or location –it’s like there’s something missing and I need to dig broader to find what it is.

I don’t have any advice.

I tend towards symbolism in my titles.

If I haven’t written for a while I just listen for a bit to the natter that’s going on in my mind and begin from there, just a writing ramble and often something turns up on the page that’s worth pursuing. Or I just begin by describing a place, opening up the senses, then focus on one thing in great detail and start to ask questions – why is this important? who does it belong to? Then   someone enters that place – more questions: who are they? what is the first thing they do? what connection do they have to this place? what is about to happen?

Caroline Reid’s plays have been performed and published, as have her stories. She’s finishing off a first collection, Satisfied, and curates Spineless Wonders Presents … a short evening of tall stories at Adelaide’s Wheatsheaf Hotel. carolinereidwrites.blogspot.com.au

“A reliably enchanting event … closer to New York’s Selected Shorts than anything else in Australia.” (Overland)

Short story readings at The Wheatsheaf Hotel in Adelaide where professional actors read work by contemporary Australian authors. These nights began in 2011, born out of a desire to bring people together and to provide a platform for new, quality Australian writing. Many of the writers are published by Spineless Wonders. Stories read so far include those by Jennifer Mills, Tom Cho, Ryan O’Neill, Julie Chevalier, Kim Westwood, Josephine Rowe, A S Patric, Cameron Raynes and Shady Cosgrove. Actors include Emma Beech, Craig Behenna, Patrick Frost, Tamar Lee, Holly Myers and Hew Parham.