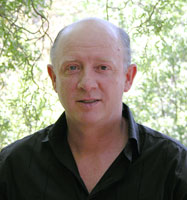 I had collected a bunch of short aphorisms over several years that appealed to me. These took the form of pearls of wisdom from a range of different sources, including philosophy, haiku, other poets and many others. I was wondering what to do with them, then, during a dry spell, I thought I would rewrite them, distort and otherwise try to engage in a little private dialogue with them.

Usually I start fast, then slow down. Initial speed, once the idea strikes, is important for getting the basic bones down, then I go through a long process of adding, revising, taking away, layering. This case was different however. Here it was a gradual gestation. Collecting the aphorisms felt more intuitive than anything like research, and I think too much research for me tends to stifle the idea. So how much research would I ever do? Just enough. In this case the idea of the dialogue with the aphorisms was a vague and amorphous one. It was never all that clear in my mind what I was doing. For example I used Chekhov’s last words (‘It’s been so long since I tasted champagne’). I then rewrote, or rather bounced off this and all of the other sayings so as to personalize them, and sometimes invert them perhaps to suggest the opposite. Plus I added in a few of my own in the hope it might all hang together. You can see how I have completely distorted Chekhov’s words, and most of the others you wouldn’t be able to pick from the original, so much so that I’ve forgotten where they came from. I’d have to go and look. Here’s one: the first sentence derives from a Zen saying: ‘Leap and the net will appear.’ Much better than my line.

3. What advice do you have for other writers ? about the first or last line? About how to choose the title? Do you follow any rules?

Again, probably intuition. Trust the gut, trust the ear. Does it feel right? Read; read more would be the single most valuable piece of advice you can say to anyone. As Mark Twain said: He who does not read has no advantage over he who can not. Something like that. As for titles, I find if they don’t come instantly, then they can be hard work. Often the title is buried somewhere within the piece. If I have any rules I try regularly to break them. I’m also aware of trying not to repeat myself (too much).

That’s harder, and I think it changes all the time. Paintings, other writers are always good to kick start a piece of writing. Inspiration is a bit of a loaded word, so I probably think more in terms of what gives the impetus. Often this is a small thing; a fleeting image, an overheard line, an anecdote picked up from somewhere. In the other piece in Stoned Crows I read the line in Song of Songs – ‘How graceful are your feet in sandals’ and I thought why just sandals? and started thinking about shoes. I don’t know why, but the line appealed to me. I’m getting better at writing the idea down straight away, but it’s not always possible.

Apart from using the above kick-starters (reading, looking at paintings etc) I would recommend going for a walk. If ever I get stuck with something, or as you say, want to get started again, I go for a walk and by the time I get back the problem is often solved, or else I’ve seen something interesting that feeds what I’ve been thinking about. I suppose it’s a way of subverting a linear way of thinking, of getting out of my head.

An exercise I find useful is the acrostic form. It’s mechanical, but can lead to some interesting discoveries and can be as simple or complex as you like.

Changing the tense is also a useful exercise. 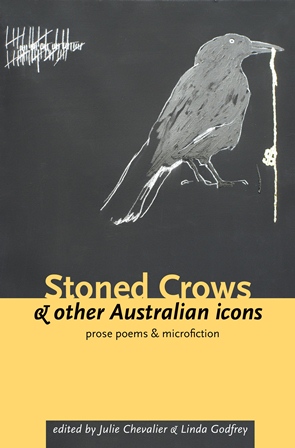 His short stories, articles, reviews, and poems have appeared in a wide range of journals and magazines both here and overseas. Grassdogs was published in 2006 after winning the Harper Collins/Varuna manuscript prize. False Start, A Memoir of things Best Forgotten, is published by Finch Publishing  and his latest new novel, The Forgotten World, is published by Fourth Estate/HarperCollins Australia.