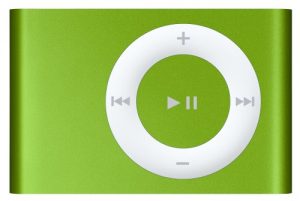 We are very pleased to announce the following finalists in the 2018 NWF/joanne burns MicroLit Award. Two of these finalists will go on to win the joanne burns Microlit Award for the National and Hunter categories. The winners will be announced at the launch of the 2019 Newcastle Writers’ Festival program and their cash prizes will be awarded to them at the festival, April 5-7.  The finalists will be published in the forthcoming Shuffle anthology along with invited contributors: Jordie Albiston, Shady Cosgrove, Jen Craig, Shastra Deo, Richard Holt, Jill Jones, Bella Li, David McCooey, Geoff Page, Hazel Smith and Anna Spargo-Ryan. The Shuffle anthology will be launched at the festival and available for sale on this website, in bookstores and from our distributor, New South.

A selection of contributors and finalists will also have their work included in #storybombingNWF19, podcasts, live performance and the microflix project produced in collaboration with the University of Technology Sydney.

The next NWF/joanne burns Award will open for submission in May, 2019. For updates, sign up for our newsletter, subscribe to our blog and follow Spineless Wonders on social media.

What Are We Looking For?We are looking for engaging narratives and creative prose pieces which riff on the soundtracks of our lives – be that songs and music of any genre, or sounds from the built environment or the natural world. Your submission may reflect on the absence of sound or it may take us into a world without music.Your approach may be playful, witty, political, philosophical or all of the above. You may choose to write in any prose genre – in fact, hybrid forms are encouraged.

Why enter this award?The 2018 joanne burns Microlit Award which is co-hosted by Spineless Wonders and the Newcastle Writers Festival will be judged by CASSANDRA ATHERTON. Cash prizes of $300 will be awarded to the winner of the National and Hunter categories.Finalists in the award will be offered publication in the Spineless Wonders’ anthology, Shuffle.All texts included in the anthology will be considered for inclusion in a range of Spineless Wonders’ multiplatform collaborations including #storybombing activities such as StoryPhones, StoryPosters, StoryPostcards and Pavement Pages as part of the Newcastle Writers Festival and in the University of Technology, Sydney’s, Microflix Animation Project involving Bachelor of Animation and Bachelor of Music and Sound students.A selection of texts from Shuffle will form the basis for a series of commissioned works by SONANT BODIES, an experimental sound-art collective.Notes on copyright:By entering the competition, writers grant Spineless Wonders and the Newcastle Writers Festival limited, fee-free, licence to publish their work and/or produce and broadcast it as audio or video. Intellectual Property shall remain with individual author on the understanding that the work not be published elsewhere until after December, 2019.About our judge/editor 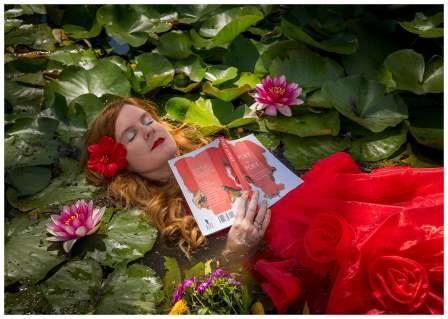 Cassandra Atherton is judge of the joanne burns Microlit Award and series editor of the annual Spineless Wonders’ microlit anthology. Find out more about microlit in our interview with Cassandra, here. An award-winning writer and critic, Cassandra is an expert on prose poetry. She is an associate professor at Deakin University in Literary Studies and Creative Writing and was also recently a Harvard Visiting Scholar in English. Her most recent books of prose poetry are Trace (Finlay Lloyd, 2015) and Exhumed (Grand Parade, 2015). Find out more about her achievements and interests hereAbout joanne burnsjoanne burns grew up in Sydney’s eastern suburbs. She worked as an English teacher in New South Wales, and for a time in London. She has taught creative writing in tertiary institutions, schools and community organisations. Her first collection of poems, Snatch, was published in London in 1972. Since then she has published more than a dozen further books of poetry.
Her poems have appeared in numerous Australian literary journals, poetry magazines and have been set for study on the Higher School Certificate syllabus. joanne has been particularly concerned with the blurring of the distinctions between poetry and prose in her work, and has written extensively in prose poem/ microfiction forms. She has also written monologues and short futurist fictions and ‘farables’ (fables/ parables). Her latest collection, brush (published by Giramondo Poets in 2014) was awarded the Kenneth Slessor Poetry Prize in the NSW Premier’s Literary Awards.Submission Guidelines / Conditions of Entry

Use of song lyrics:At Spineless Wonders, we value and respect the intellectual property of all authors and artists with which we collaborate. Authors who wish to include the work of other artists (such as song lyrics) in their submissions should undertake due diligence in respect of the copyright of that material. Any material subject to copyright must be acknowledged in the submission and proof of permission to use this material must be provided with your entry. All costs related to the reproduction of copyrighted material are to be borne by the author. For further information, please refer to the Arts Law website. To enter the National category, click here.To enter the Hunter Region category, click here.For any further inquiries, email info[at]shortaustralianstories[dot]com[au]