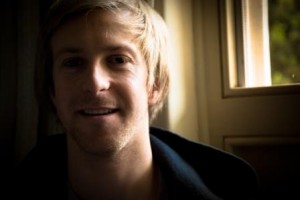 The Great Unknown Q & A with Alex Cothren

Our first interview with a contributor from The Great Unknown anthology is with Alex Cothren, whose story, ‘A Cure’, won The Carmel Bird Award 2013. See the judge’s comments on his winning story below.

1. What did you enjoy/find challenging about writing to this particular brief or theme?

As with any type of speculative fiction, the joy is in the speculating – creating a world recognisable, yet slightly twisted by the introduction of a ‘what if…’ I had a lot of fun researching the advances in brain-computer interfacing, trying to figure out how these could one day become part of the everyday, in the same way wi-fi has now become mundane.  The challenging aspect was attempting to write something that could do justice to the creativity, intelligence, and insight of The Twilight Zone.  In that respect, the brief was an impossible one.

2. Tell us about your story in The Great Unknown.

I wanted to write a story exploring the issue of how the suffering of the unfortunate         has become a global commodity consumed by the privileged.  It was initially inspired by Amy Wilentz’s Farewell, Fred Voodoo, in particular a passage in which the U.S.A.-born author tells a Haitian friend how much she loves visiting that impoverished country, to which the friend responds: “well, then, I will give you my Haitian citizenship, and you give me your U.S. passport.  You can stay here, but I’m leaving”.  As Wilentz writes, “her point was that poverty, or even just some discomfort, is not so bad when you know that with a snap of your fingers, it can come to an end”.

How authentic can our empathy really be when the subject of pity disappears with a turn of the page, flick of the channel, click of the next link etc?  I wanted to explore what would happen to a character who, aided by advances in technology, became stuck in the tragic world she was accustomed to entering and exiting at her leisure.

3. What memories do you have of watching The Twilight Zone, The Outer Limits or of reading spooky/uncanny stories (or comics) as a kid? Did these play any role in your developing imagination? Which films, TV shows, books etc provide that same sort of allure for you these days?

I actually hadn’t entered The Twilight Zone until a couple of years ago.  I had just returned to Australia after a long overseas trip, and was jobless, rudderless, and, afflicted by those twin anxieties, frequently sleepless.  All I had for companionship was an entire box-set of The Twilight Zone, which I had nicked from my parents.  And I devoured it, I mean, really binged, to an unhealthy extreme.  Although, there actually could be nothing more nutritious for an inchoate writer, because the writing is just. so. good.  Like the best short stories, The Twilight Zone doesn’t waste a second, it is mind-blowing how much they are able to explore in 30 or 60 minutes.  Unlike much modern writing, however, there is a discernable crux to each episode of the show – some moral or kernel of insight around which the screenplay revolves.  At its worst it can come off as a little too preachy, but at its frequent best, it cracks open reality and lets the viewer peek past into some truth more luminous beyond – the fifth dimension to be specific.

4.  Despite her success as a writer of quality macabre and psychological thrillers, Patricia Highsmith was, to her great disappointment, never published in The New Yorker. What thoughts do you have on the current status of writing in this genre?Has anything changed?

I don’t know much about the status of the genre, and I’m sorry to say I haven’t actually read Patricia Highsmith’s work, though I will on your recommendation.  In general, I would say that ‘genre’ fiction could learn much from The Twilight Zone.  This is because, despite being frequently thrilling and macabre, the episodes never exist simply to provide thrills and chills.  They use those visceral reactions as a jump-start to get the audience to think about the world around them.  For this reason, The Twilight Zone is as important a document of the fears and troubles of 1960’s as the best literature, film, and music of the period.  There is certainly nothing wrong with being entertaining, but I believe the upper echelons of praise should be reserved for works that both entertain and elucidate.

Lastly, I’d just like to say how honoured, surprised, and excited I am about receiving the award.  I can’t wait to get my hands on The Great Unknown, as the quality of the established writers featured, together with editorial direction of Angela Meyers, makes it one of those can’t-fail propositions.  “At the sign post up ahead, your next stop, The Great Unknown!”

I’m pleased to announce that the winner of the Carmel Bird Short Fiction Award 2013 is Alex Cothren, for his wonderful story ‘A Cure’. ‘A Cure’ stood out for me due to its imaginative speculation on the limits of ‘misery’ entertainment (and potential abuses of brain-tech), and questions it raises around the effects of saturation and over-stimulation. It’s an entertaining, smart and emotive story. It ticks all the boxes. I wasn’t surprised to hear that Alex took the competition/anthology brief very seriously.

‘A Cure’ will be published in The Great Unknown (Spineless Wonders, December), alongside other spooky and strange stories by established and emerging Australian writers. Alex has also won $500.