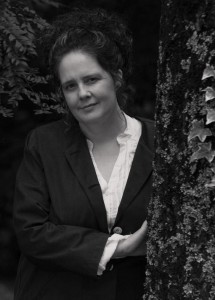 I’d been working in the NSW Cabinet Office, which provided policy advice to the Premier. It was a unique and intensely hierarchical workplace and I wanted to capture the sense of intrigue and behind-the-scenes machinations before my deep understanding of it faded. Our status displays were blunt; our offices were just below the Premier’s in Governor Macquarie Tower and we had stunning views over the city and harbour. We would make bureaucrats from other agencies meet us there so that they were pressured by the evidence of power that those views conveyed. This tactic was effective: I remember a Treasury official admitting after a meeting how insignificant our offices made him feel. This was despite the fact Treasury was the only agency that could stand up to us. Of course many of our policy discussions revolved around funding, appropriate levels of government debt and so on, so you can see how that drives the story. The other inspiration was a café I visited in northern NSW that had once been a bank. The words scribbled on the vault door struck me and I used some of them.

I like that it allows for a story arc and the exploration of at least one idea.

It does affect me, especially because of the kind of writing I do, but it’s hard to tease out all that means succinctly. Someone said that they saw Hostile Takeover, for example, as a European type of story, which was interesting. Men often seem to really grasp what I write so I hope my work isn’t less visible to them because I’m a woman though I can think of some instances where it’s been the case. Having said that, some of my most generous supporters have been among my male readers so when they come on board, wow do they ever and I’m grateful for that. I write about subjects seen sometimes more as the province of male writers and others that are seen as interesting to female writers and readers, such as motherhood, fatherhood, technology, sex, nature, science, love, children, politics, the sublime. You’d hope all those things would intrigue men and women both. Covers are tricky as publishing wisdom says you can’t do covers that appeal to both men and women.

In Australia, the boundaries of what is considered literary seem more tightly cordoned around a very particular kind of realism than in the US, UK or Europe. I like what Emmett Stinson says about this, that mainstream AusLit is very conservative in a formal sense though the history of Australian literature isn’t.

He points out there’s nothing wrong with ‘realism’ as a form but that it is just a form. He says ‘The problem occurs when writers and readers mis-recognise ‘literary realism’ for reality—when people forget that realism is just one possible form among many with no greater claim to truth, universality, etc.’ Strangely, that may have been less of a problem in the 1970s, when Peter Carey could write short stories that would now be considered speculative fiction but were then just literary. It’s fascinating to pick up an anthology of speculative fiction edited by Damien Broderick in the 80s and see stories by Gerald Murnane, Carmel Bird and David Foster. I hope we haven’t narrowed the range of the literary since then.

I sit down in the morning and I write a thousand words. Sometimes I’ll write another thousand words. There’s much research to do at the moment so usually I’ll do that in the afternoons. The creative writing has to come first though or I’ll never do it.

Ideas bubble up constantly. They probably come from my intense interest in almost everything, from astronomy to economics to biology to history, and ironically enough from my incredible distractibility. Many ideas are sparked by a twist on the real. An example is one inspiration for When We Have Wings. That novel has many wellsprings but one of them is art history and the many hours I spent in the Louvre when I lived in Paris. The array of winged creatures – angels of course but also winged bulls, winged lions and so on – struck me. Apparently we think most creatures would look better with wings.

Intelligent and imaginative writers such as Margaret Atwood, AS Byatt and Italo Calvino inspire me, as does the wit and beautiful prose of Patrick St Aubyn. Reading poetry is a great way of refreshing your approach to language though novels should embody the virtues of prose and story. Rohinton Mistry and Alice Munro are great examples of storytellers who write superb prose rather than would-be poetry. The vision of Iain M Banks inspires me (recent news of his fatal illness is devastating). Good non-fiction also, because reality is always stranger than you can imagine.

There are no real motivational tricks, just the determination to sit down and write. Maybe motivation shouldn’t be seen as a problem; if you don’t want to write, then don’t. One of the best things I’ve learned is not to think I need hours and hours, even though that is good. Even an hour or half an hour of writing time is better than nothing.

Claire Corbett crewed on films before becoming a policy advisor to the Premier in the NSW Cabinet Office. She worked on water and genetically modified organisms for the Environment Protection Authority and child and family health for NSW Health.

When We Have Wings, a novel about humans genetically engineered to fly, was published by Allen & Unwin in July 2011. It was shortlisted for the 2012 Barbara Jefferis Award and shortlisted for the 2012 Ned Kelly Award for Best First Fiction. When We Have Wings is also being published in Spain, Portugal, The Netherlands and Russia and has been released worldwide as an audiobook.

Her essay The Last Space Waltz? Reflections on 2001: A Space Odyssey and NASA, was shortlisted for the 2012 ABR CAL Essay Prize. She is a doctoral candidate at UWS and writing another novel under contract to Allen & Unwin.