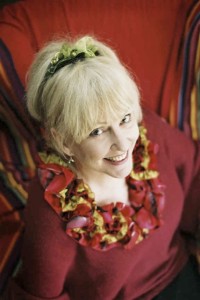 Most literary awards (Hal Porter, Josephine Ulrick, Elizabeth Jolley) are named after writers who are now dead. How do you feel about the Spineless Wonders short story competition being named after you?

Dead or alive, it is flattering to have my work in short fiction recognised in this way. I never actually think that Elizabeth Jolley, for example, is really no longer living. I suppose that’s the thing about books, maybe, they have a life of their own anyway. And it’s nice to think that I, in a way, am giving new writers the opportunity to see their work recognised and showcased. I do like to be involved in encouraging young and new writers. This is a small way of doing it.

How important do you think such competitions are for writers?

Short story competitions have always been very important to new writers. They help writers to focus their work as it progresses. They give a time-frame. They provide a kind of excitement and hope. They give the story a destination, and even a validation, although only one story will win.

As well as being a writer of short fiction, you have been on the other side of the coin – as fiction editor of Meanjin, for instance and as a competition judge. What can make a short story stand out for you? And what can turn you off?

What turns me off is if I find the story dull and boring, I reveal a very personal approach, but I can’t really think of a more specific way of explaining it.

You were editor of The Penguin Century of Australian Stories published back in 2000. It’s a fat book stretching from Barbara Baynton and Henry Lawson to Marele Day and James Bradley. What was that experience like and how might it differ from that of the editors of this current century’s crop of stories?

Well the editor of the 21st Century of Australian Stories will have millions more stories to read. It was an exciting book to do. I had the idea and put it to Penguin, so I feel very personally attached to it. One nice thing was that among the writers I approached for permission to published their stories, only one refused. So I felt the project was really supported by the (living) writers involved. All the stories are works I had read before, and it was really wonderful to bring them all together, and see how they related to each other in various ways. One of the criteria was length. They had to be quite short because of the size of the book.

You are one of the few Australian writers who have published multiple short fiction collections (Birth, Deaths and Marriages, 1983; The Woodpecker Toy Fact and Other Stories, 1987, The Common Rat, 1993 and Automatic Teller, 1996 and The Essential Bird, 2004). How difficult was it to get short fiction published and how did you go about it?

To tell you the truth, I have never had any difficulty having my collections published. I actually just work away at various projects, discussing things with the publisher, and sometimes what appears is a collection of stories. I am always writing something. I love writing short stories, and they build up, and then I put the idea to my publisher. It seems to me that lots of collections of stories are published, although I don’t know the statistics. I realise that publishers often tell writers that the writers need to have novels before the publishers will consider collections – and that seems to me to be fairly logical. Of course these days writers can publish their stories very easily online.

As well as publishing single author collections and short story anthologies, Spineless Wonders will be looking to publish novellas. You were instrumental in the 2006 Novella Competition jointly run by Meanjin and Readings Books. What was that experience like and what observations would you make about the form?

As a judge of the novella competition, I put aside a whole room in my house where I set out the manuscripts on a very long table. I worked my way along the table, and shifted manuscripts back and forth until the short list developed at the far right hand end.

I think the novella is a lovely form. It has the possibility to give that thrill that belongs to the short story, while offering the reader a broader scope for the imagination, while not demanding the commitment demanded by a novel. I look forward to the Spineless Wonders novellas.

In 1981 there was no such thing as a course in writing short stories in Melbourne. Carmel proposed teaching such a course at the Council of Adult Education but was told nobody would be interested. However she persuaded the supervisor to let her run an advertisement and see what happened. The course was fully subscribed and ran for several years.

Subsequently, Carmel ran courses at RMIT where she designed their first course in writing novels. Also courses at Deakin, Holmsglen, Victorian College of the Arts, and at Monash and Latrobe Universities.

Carmel has edited the literary journals Syllable and Fine Line, and was fiction editor at Meanjin from 2003 to 2007. She took part in The Fictitious Woman performance at the 2010 Newstead Short Story Tattoo.

The titles of her collections of short fiction are:

The titles of her novels are:

Child of the Twilight

She has edited collections of essays and short fiction:

The Penguin Century of Australian Stories

The Stolen Children – Their Stories

Her books on how to write are:

Writing the Story of Your Life

Carmel grew up in Tasmania and her attachment to that state runs through much of her work. She now lives in Castlemaine, Victoria. Her website www.carmelbird.com first went up in 1996. She is also on twitter, and has a blog at www.carmel-bird.blogspot.com

For details about The Carmel Bird Short Fiction Award see the Submissions page on the Spineless Wonders website.