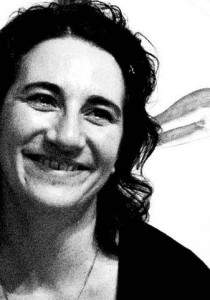 There are quite a few, but I’ll choose one, semi-randomly. A story I published in page seventeen Issue 3: ‘The vast expanses of Antarctica’ by David McLaren. The story is funny, real in an unreal kind of way, offers vivid images and McLaren’s writing style is a delight to read with an easy flow.

It’s compact. You can experience a new world, a new character and their situation, in such a short time.

I like to write about ordinary people, with ordinary lives, particularly if I’m exposing a reality that many of us often don’t consider, or an issue usually not talked about. There are so many things screwed up in our society that are swept under the carpet. They’re the things I want to write about (although probably not all of them).

I’ll go with 2. One is a story in my collection called ‘A dash of milk’. It was one of those pieces that just worked, even as it grew from about 1800 words to 3500. I spent a lot of time trying to get it right, enjoyed the editing process more than I have with other stories, and the feedback I get tells me it was worth the effort. It has also acted as a springboard for other works, in terms of the themes and type/s of characters I want to work with.
The other is a story that is not yet published, called ‘Waiting’. At a prompt from an editor, I tried something completely different when writing this story. Well, a few things different I think. It’s a dark story (darker than usual) with a bit of an experimental form, for me, blending a bit of the real with the unreal. It’s a confronting story and I most like how it stretched me as a writer to achieve something I wouldn’t have guessed I could do.

With the story I mentioned above, ‘Waiting‘, it was initially sparked by the editor suggesting he was looking for stories that ‘would make his readers feel uncomfortable’. I was keen to accept his challenge, although my initial ideas weren’t working when I tried to put them down. On my way out one night, the news came on the car radio and one of the stories gave me the idea. I don’t remember exactly what it was, but it had something to do with a rapist having had his case heard that day in court, and I instantly thought, imagine being a fly on the wall when that happened. I shared the idea with a friend later, as I didn’t have anything to write it down with, and a brief discussion helped me cement a few extra details, although most details formed themselves when I sat down to write.

I go through phases where my process changes, but my current preferred method is this, and suits me being able to write in shorter chunks of time than to necessarily sit down and do it all in one go. I make notes about an idea as it forms. I write as much as comes to mind at the time, especially if it’s come in dialogue form, or an actual image. Often, I get an idea of what might come next, and if so, I note that down too. When I have some writing time, even an hour, I like to make a rough plan. I do this scene by scene and include any information that applies to that scene. After doing the last scene, I return to earlier scenes and change details as necessary and/or include extras that will help me reach the conclusion (foreshadowing).
Next I write the actual story, from beginning to end.
I was part of a writers’ group last year (but have now moved) and I would get feedback from other members before redrafting. I love this process as it helps me see things I wouldn’t necessarily be able to see, certainly not without letting it sit untouched for a while. I also often have to just let a story sit untouched for a while before coming back to redraft. How many redrafts I do depends on the story and how I felt about it working as I wrote the first draft, although this kind of confidence has come with time as I’ve got to know my writing over the years.
Then I stress a lot about trying to decide where to send it and often take weeks to make a decision. Imminent deadlines help.

Yes and no. In some circles it is and it’s difficult to see outside your own experience. I think the short story has a growing audience, although I suspect this might be more about my hopes for the future than reality.

I’m still not sure how I feel about digital form. It probably has more to do with the publication for me than just a basic consideration of print versus digital. If it’s a publication I respect, the digital form wouldn’t necessarily bother me, although I have withdrawn an accepted story from a publisher after they decided to do a digital print run instead of a paper one. In that instance, I was partly concerned about me not being able to access a copy at all for myself because I don’t have the appropriate technology, but I also didn’t have much time to make a decision and possibly made the wrong one. Who knows.
The same goes for an audio publication, it has more to do with my thoughts on the publisher/producer, although I have the necessary equipment to listen to an audio piece.

Tiggy Johnson co-founded the publication, page seventeen, in 2004. Her stories and poems have been published in various literary magazines and she won 2nd prize in the Herald-Sun Short Story Competition in 2004. Her short story collection ‘Svetlana or otherwise’ (Ginninderra Press) was released in 2008 and her poetry collection ‘First taste’ in 2010. She recently moved from the outskirts of Melbourne to Brisbane and blogs at tiggyjohnson.blogspot.com