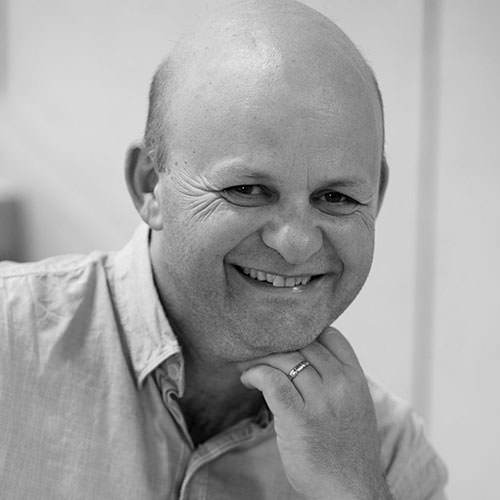 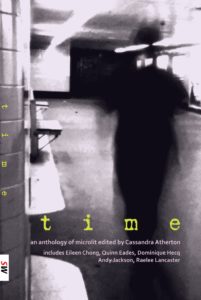 Editor, Cassandra Atherton’s excellent introduction to this collection makes a strong point about the compression of time we experience in modern life. This sense is also about the compression of space as we experience it, of the increased velocity of moving from one place to the next. When Cervantes wrote the first European novel people walked, or rode horses to traverse land. On the sea, they sailed or rowed, something Cervantes himself discovered when he was captured, enslaved and forced to work the oars of a galley ship during his five years as a slave in Algiers.

Now we can be in London in less than 24 hours. For the first time, we can fly there directly from Perth. But it is also the speed at which information travels which has changed. We live in an era where distance has been shrunk and time has been compressed with it.

Part of this compression is a set of new rituals and expectations about communication. Texts are supposed to be answered immediately. Contemplation and imagination are often left behind in the alacrity of our heady urge to keep up. When Cervantes wrote Don Quixote, the pace was slower, the fastest messages came by pigeon, but life was also shorter.

The idea of microlit, here stories of 200 words or less, feels apposite to these hurried instantaneous times. In this collection what we get is vignettes, fragment of bigger stories, things that can be easily be eye-gobbled in two or three minutes. For the most part they lack the density of line poetry, and are immediately accessible, just the way we like things, even if the borders between micro-fiction and prose poetry are indistinct, hence the term microlit.

In the brevity of these pieces there is the power of the suggestive and the interstitial, the creative task of bringing together things and perceptions that are far, whether in personal or cultural time. In Eileen Chong’s ‘Green Grief’, for instance, we travel from the rumour of an exes wedding to fantasies of revenge, a memory of the painful fact of the break up, the advice of a therapist, a dream, advice from a friend and a mantra that starts with a quote from Philip Larkin. It takes almost as long to describe the piece, as the actual piece itself. The jumping around is a sad angry dance that creates a kind of community of its own affect, centred around the wounded protagonist, which is both fleeting and dense with feeling, the implicitly questioned expectation that time heals all wounds.

Gaps in time feature too in Tess Pearson’s even shorter, but wonderfully resonant ‘Traces’, the winner of this year’s NWF/joanne burns Microlit Award. Years later she discovers an ex-partner’s toenail clipping behind the couch. ‘The moment collapsed in on itself, a union of repulsion and yearning. A second later, pure annoyance.’ It’s a wonderful example of how time is unevenly experienced. A gap of years is succeeded by one of a mere second. The present is then connected back to childhood, beyond the realm of the relationship and its aftermath. The offending nail clipping is subsequently buried in the garden, a ritual repurposed from the speaker’s childhood, the burial of her deceased pets, but it’s repetition with a difference and a sting: with no flowers on top of the grave.

The difference in perception after an absence, and the inescapable forward momentum of time, which memory can only partly compensate for, is at work in Luke Evans’ s ‘You Can’t Go Home Again’, winner of the NWF/joanne burns Microlit Award for a Hunter resident. In the manner of Heraclitus’s dictum that you can’t step into the same river twice, the protagonist steps off a bus to find that the old industrial town he loved growing up in is no longer the same, but that while he has been absorbing this change, his bus has gone on. Should he stay or should he go, will he have the choice?

Dael Allison’s poignant sketch of young woman in the Pacific undergoing the ritual of red flowers, her first menstruation, is also a reminder of how our biologies temporally determine us in ways that can never be fully reversed.

Other pieces such as Andy Jackson’s ‘That Photograph’ involve the confrontation between current and past selves, in this case in the form of the protagonist’s medical files from his teenage years. Other pieces such as Richard Holt’s Maths, represent the disparities between simultaneous selves. Here, a judge is home with her children at the same time as she contemplates the appropriate non-parole period for a criminal she is about to sentence. In calibrating the length of the sentence against the ages of her children, two distinct modes of measuring time feature to create a resonant fusion of the professional and the familiar in a character’s head.

While we are constrained by life to live in linear time, the perception of time can be very different. But it is often the case that we don’t feel we have enough of it. Shady Cosgrove deploys a version of this imbalance in ‘Self Medication’ to create a comic juxtaposition between the stresses of life and the offering of yoga as a panacea. In response to increasing stress, the yoga practice intensifies until there is no time left for sleep.

One of the things about these microfictions is how much of their stories they gift to the reader. In this way they are generative art works, providing opportunities for new fictions to emerge through the interstices created from their intrinsic incompleteness. Meaning emerges from the gaps.

I congratulate all the authors in these pages for their wonderful and various short takes on time, Cassandra Atherton for her judicious editing and insightful introduction, which is a fine primer for what follows. Congratulations too to Bronwyn Mehan and the Spineless Wonder team for their innovative advocacy of short form literature. The Spineless Wonders Time Anthology of Microlit is now launched.

ED WRIGHT is the author of non-fiction books and poetry, he is fiction editor with Puncher and Wattman and writes the New Australian Fiction review column for the Australian. He runs The Creative WoRd Shop, creative writing groups for younger writers.