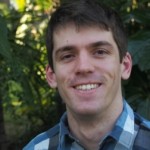 This week we ask Jarryd Luke about his Slinkies eSingle, ‘Polyethylene’, about the influences on his writing and about his latest writing project. To read a copy of Jarryd’s story, here.

What inspired you to write this piece?

I was inspired by writers who play with genre and weave together elements of literary fiction and science fiction, such as George Saunders, Kelly Link, Gary Shteyngart and Karen Joy Fowler. When I wrote this story, I wanted to experiment with a similar mix, combining a familiar North Queensland setting with an improbable technology. I made the main character, Arnold, a scientist because I was interested in the creative process and how innovative ideas are formed, and at what cost.

Tell us about your writing process. (Do you start sparse and widen out, or do you write down every possible association and cut back? Do you research the subject matter you are writing about? Is it pure intuition?) Take us through an example if you want.

I wrote the first draft of this story by hand in one sitting because its structure is quite complicated and I wanted to put it all down on paper at once. When I write on my laptop I constantly go back and edit what I’ve just typed, but writing in my notebook forced me to keep going. I wrote the story on a beach at Noosa in the middle of a punishing summer, which seemed appropriate for the story’s setting.

In the first draft Arnold was very cold. Even in the final version his voice is quite emotionless and distant. I rewrote the story many times to carve out the more human elements of Arnold’s character, adding details about his ex-wife and his relationship with Jaxon. I’d recently read John Murray’s A Few Short Notes on Tropical Butterflies and was impressed by the depth of character he conveyed in a short space.

Tell us about one work of art – from any discipline, from any era – that you rate and why it has left an impression on you.

I read Thea Astley’s linked short story collection Hunting the Wild Pineapple shortly after moving to North Queensland. Her characters and style are wild and unpredictable: she brings a sense of intoxication and myth to the tropics, but at the same time each story has a dark and poisonous core. Astley has this way of describing the rainforest as a force in people’s lives. 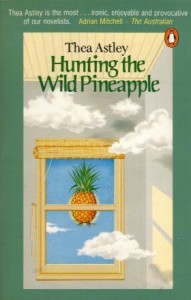 At the moment I’m re-writing a novella based on the letters of Georgiana Molloy, a young English woman who sailed to Swan River near Perth in 1830 and became one of Australia’s first female botanists.

Georgiana’s life in Australia was very bleak: she died in her thirties after many difficult pregnancies, and was forced to manage their property alone for months at a time while her husband explored new sections of the colony. She came from a pious middle-class background and despaired at what she saw as the spiritual degradation of settler life.

But she was a resilient woman and towards the end of her life she regained her sense of purpose when the English botanist James Mangles contracted her to collect specimens of the native flora. She shipped the seeds and dried flowers of many new species back to England. They were among the first Australian plants to be cultivated in England, and some are still growing in Kew Gardens.

Jarryd Luke has a PhD in creative writing from the Queensland University of Technology. In 2011 he was shortlisted in the QUT Postgraduate Writing Prize and the State Library of Queensland Young Writers Award. His manuscript was shortlisted in the Emerging Author category of the 2013 Queensland Literary Awards. He’s been published in The Lifted Brow, TEXT, M/C Journal, LiNQ, Rex and The Sleepers Almanac.