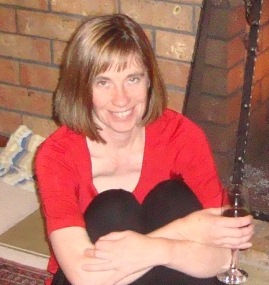 1. How would you describe the state of short crime in Australia?

Right now, there are a number of National competitions eg SD Harvey, Queen of Crime, Scarlet Stiletto. Yet comparatively few crime anthologies or single-author collections of crime stories are being published. Is this your perception? What, if anything, changes would like to see?

It’s an interesting situation at the moment, having national competitions for short crime stories, but not many outlets for publishing them. Crime fiction seems to be quite unique in this way too, because you see literary anthologies and a great many science fiction/fantasy/speculative fiction anthologies. The market for short sci fi/fantasy/speculative fiction seems to be particularly buoyant in Australia – Twelfth Planet Press, for example, have been publishing one single-author collection per month over the past year. The situation with crime fiction isn’t unique to Australia either – I remember Val McDermid saying her British publisher didn’t want to publish her collection of short stories because ‘short story collections don’t sell’, and she eventually had them published by an indie publisher.

I think the situation is beginning to change here, though, with more indie publishers appearing on the scene. Clan Destine Press recently published the second anthology to be culled from the Scarlet Stiletto Awards, and I believe Dark Prints Press have an international crime anthology in the pipeline, with some Aussie contributors.

But these national competitions are great for your writing career, even if there aren’t many places to publish short crime fiction! Winning the Scarlet Stiletto Award triggered a lot of opportunities for me, not least of which was getting a novel, set in the same world as my winning story (the world of vintage school story collectors), published by a small-press publisher in the UK.

Is it any different, for instance, to the other writing you do?

All my short crime stories apart from one have been written specifically for the Scarlet Stiletto Awards! This means that they all feature female protagonists. They’re also set in and around Melbourne, in places I’ve developed a strong connection with – like the Dandenong Ranges, where I live, or coastal south Gippsland.  In a way, the stories I’ve written for the Stilettos reflect my gradual immersion into Aussie life – my first entry, not long after I’d migrated here, was set in wartime Amsterdam. A few years later, I was writing contemporary stories set in the Dandenongs, with characters who barrack for Hawthorn. Until I ‘felt’ Australian, I found it hard to write realistic stories set here. My latest story, ‘Crime Traveller’  featured a time traveller from 2040 going back in time to 1991. I picked 1991 because that was when I too was in Melbourne as a tourist and I needed to re-create that ‘outsider’ feel.

3. Which of the crime short stories that you have written do you most like and why?

How did the story idea came about and what was the process of writing it like?

My current favourite is ‘Crime Traveller’, which just won two prizes in the 2011 Scarlet Stiletto Awards. It was something completely different for me, combining time travel with crime. I’d been fiddling around with ideas for a time-travel novel, and when I saw there was a cross-genre prize for this year’s Stilettos, I thought I’d have a go. I started with the idea of having a true-crime writer from the 2040s going back to the past to investigate long-gone-cold cases, and from there the idea of a personal time-travelling device developed. I really enjoyed all the world-building from that point: what kind of apps would a personal time-travelling device have? What would life be like in the 2040s? It gave me a whole new angle in terms of writing a crime story, and now I’m working on a novel set in the same time-travel universe. The other great thing about the story was that while it was set in the future and in the past, it gave me an opportunity to comment on the present and our gadget-obsessed culture.

4. Who are the writers (alive or dead, Australian or otherwise) that you admire and that influence you?

In terms of admiring, though, I have great admiration for a bunch of Melbourne writers I’m fortunate enough to have as friends, who not only work hard on their own books, but also take the time to encourage and help less experienced writers. Lindy Cameron, in particular, is a fantastic supporter of other writers, whether published or unpublished.

5. Can you think of a crime short story that really stands out for you? Talk us through why you like it.

It’s actually one from the Scarlet Stiletto: The Second Cut anthology – Cold Comfort by Sarah Evans. I was reading my contributor’s copy on the train and couldn’t stop laughing as I read it. It begins with a primary school principal taking a meal round to her ageing grandad’s house, putting it in the freezer – and finding a body in there. It all gets crazier and funnier from there, but I don’t want to say any more about the plot … spoilers! I loved it because it was funny and clever and it’s one that’ll stick in the memory for a long time. 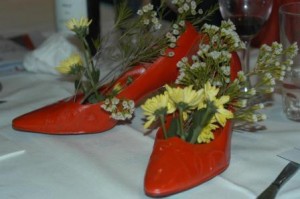 Liz Filleul is a writer and editor from Mount Dandenong, Victoria. Her first published short stories appeared in the British teenage magazine, Patches, but since migrating from England to Australia, she has turned to a life of crime – she won the Scarlet Stiletto Award in 2004, was runner-up in 2007, and this year finished runner-up again, as well as winning the cross-genre category prize for her time-travel/crime short story, ‘Crime Traveller’. She has had two novels published by British small-press publisher Bettany Press – the first of them,  murder mystery To All Appearance, Dead, is set in the same book-collecting world as her 2004 Scarlet Stiletto winner – and she has also contributed to true-crime anthologies. Her first two Scarlet Stiletto prize-winning stories can be found in the anthologies, Scarlet Stiletto: The First Cut and Scarlet Stiletto: The Second Cut.