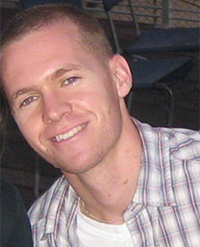 Recently I’ve been on a bit of a William Maxwell trip and I seem to enjoy his short fiction more than the novels. ‘So Long, See You Tomorrow’ is the notable exception there, but it’s a novella. I always enjoy stories by E.L Doctorow, who is still alive and publishing. Peter Carey changed the way I thought about Australian short stories. For the better. Salinger stories like ‘A Perfect Day for Bananafish ‘ and ‘For Esme, With Love and Squalor’ blow me away. Salinger wrote with so much affection for his characters; I read those and think there’s nothing more important.

I read Raymond Carver when my own work needs to be sort of reined-in, because he’s remembered for his simplicity. Which is unfair because if you read enough of those stories – ‘Errand’ and ‘Cathedral’ and ‘The Third Thing That Killed My Father Off’ – you realise they aren’t simple, they’re just excellent. Then, you know, there’s David Foster Wallace and Hemingway and Bolano and Chekhov and on and on and on. Also those of my friends who write.

One of the first stories that comes to mind is ‘Incarnations of Burned Children’ by Foster Wallace. Which is loaded with humanity and panic, but it’s also stylistically interesting as well as uncannily precise. I’m a big Foster Wallace fan but I don’t really have that attraction to avant-gardism, so I have this belief that Wallace became the writer he was not through being deliberately experimental but just by working impossibly hard, which necessarily includes elements of experiment. To a point where he could turn his attention to just about anything, take it in whole, and set it down on the page so perfectly that there’s this kind of retroactive force: you can’t imagine the scene being rendered differently; even the slightest variation and the story would have been flawed or incomplete. Which is probably a little hyperbolic, especially given the likelihood that the story was edited after Wallace was done with it. But still, ‘Incarnations…’ is a neat example of an author showing off his skillset, with all the requisite heart and compositional know-how and so on. It’s one of the stories I’m always going back to. And there are others. Like Joyce’s ‘Araby’ and several stories by Flannery O’Connor.

I could say various things about icebergs and snapshots but mostly I enjoy short fiction in a pretty nerdy way: I get a kick out of watching as writers more capable than me solve whatever problem they’ve posed for themselves, or take the narrative in a direction I hadn’t anticipated, or just nail a sentence with a mastery and eloquence I wouldn’t have had the capacity even to imagine. Which of course is what most of us want from most art forms, it’s just that at the moment I try to write short stories and so I read them with a special interest. I don’t feel able to write longer things and it follows that I don’t read novels with anything like the same structural awareness or curiosity. Certainly some short stories should be novels, and some novels should have been short stories, so there is a distinction to be made between forms but it’s a complex one. For the moment, the short story is the only form I understand a little – tiny – bit about.

It is constantly changing and it’s sometimes intensely difficult to persevere with, but it’s only after those difficult periods that I feel ok about speaking to real, hard-working adults about what I try to do. If I have developed anything like an identifiable voice or style it is only recently, I think. Among the handful of my own stories that I consider reasonable there are thematic similarities and recurring characters or personality types; there are trends, I’m sure, but I don’t have a mission statement. Other than to say that I hope to write stories that feel true to my experiences as a relatively young person in Australia as it is today, or as it was for me as a boy in primary school, riding my bike and pitching honkeynuts at my friends in the park. William Maxwell’s writing has taught me not to avoid those things, because they’re honest and heartfelt and they resonate. And Peter Carey shows us that Australian fiction isn’t all reinterpretion of landscape. ‘Voss’ is one of my favourite novels, but the lifestyle it depicts is – for the most part – alien to me. Naturally there is a compromise to be had. Clive James writes nicely about dunny men, and about Barry Humphries noticing snails in the letterbox, and there’s still no shortage of those details, so it’s a matter of uncovering them and letting the significance translate. Which it turns out sounds rather like a mission statement.

The story I’m writing currently. Because I get to recall the weight of a honkeynut in my hand, but also because each new project feels like an improved version of the last.

I used to just take people I know, mash their personalities together and place them in hysterical scenarios. Because I didn’t know what I was doing. Now it happens that every month or so someone will say something or tell me a story and I’ll see a significance, or the potential for greater significance if I made some changes, and I let it stew for a while until the circumstances are right for me to make a run at it. The process might take a week or it might take two months, at which point I usually have to admit that it isn’t working. The first story I published, in 2008, started as a writing exercise with a close friend. We were in Margaret River, staying in this beautiful house, and he gave me the opening line: ‘Cassie’s love for horses was abhorrent.’ Terrible opening line, but a really nice time in my life.

7.  What is your writing process – from idea to publication?  (Do you go it alone or are others involved?)

I got ahead of myself in 6. There is also a reasonable amount of drink and despair. And in terms of publication: in each case it has resulted from people being much kinder and more supportive than I could have imagined.

I find it fairly difficult to stay in touch with what’s coming out and what people are actually reading. There is just too much to read. I also don’t know whether short story collections are more popular now than they were ten years ago, or if it’s just that I’ve taken an interest and now notice them on the shelves. I will say that I was watching with interest as Nam Le’s collection ‘The Boat’ received  praise and attention. It struck me as unusual, because the stories turned out to be both good and popular. So I don’t know about ‘valued’ but I haven’t given up hope. So far the hourly rate isn’t much to speak of, but I don’t work as hard as I should.

It’s nice to have anyone read/hear it and respond positively. I get to see the stories on a screen whenever I like and I think it’s only natural that I should enjoy seeing them in print. But there are new and interesting possibilities with non-print forms and it’s only my mum who buys the books anyway. I’m actually just thankful that people take an interest at all.

10.   What advice would you like to offer Spineless Wonders?

Without making a pun? Yours is a worthy cause. Do whatever is necessary to stay up and running.