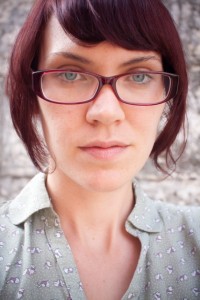 Difficult question, but perhaps ‘Cathedral’ by Raymond Carver. Though it’s the actual drawing of the Cathedral that sticks in my mind, more so than the lead up to that moment. It’s one of the most beautiful happenings in literature. The ending of ‘A Small Good Thing’ is also of that calibre. For all the raving people do about Lish’s involvement in Carver’s writing, I think his shortening ‘A Small Good Thing’ to ‘The Bath’ was criminal.

Say a novel is a house you are invited into, and you are able to move around the house from room to room, to open its cupboards and sit at its table and drink from its coffee cups.

By comparison, the short story is a room you are invited into, and from everything contained in that one room you are expected to perceive the house.

Most of my short stories are like a corner of that room, in which there is only a chair or an empty birdcage or a record caught in the runout groove, and I hope that readers are still able to imagine the house.

At the moment it’s a tie between ‘Love’, the first story in How a Moth Becomes a Boat (you can read it here: http://josephinerowe.com/books/) and a little piece called ‘The Taxidermist’s Wife’, which hasn’t been published yet. ‘Love’ is a favourite simply because it turned out exactly as I meant it to, which doesn’t happen all that often, and ‘The Taxidermist’s Wife’ I like because it’s a little more playful than other recent works.

Writers are essentially of the rag and bone trade. Ideas for stories come from anywhere and everywhere; an overheard conversation or a newspaper article, a souvenir somebody brings back from a place you’ve never thought about visiting, the inscriptions inside the covers of second-hand books. A while back I bought a copy of Faulkner’s Go Down, Moses, with an inscription that reads

Peter – Hope you enjoy this account of ‘A Bear Hunt’ while reflecting on our hunts for ‘The Deer’! I look forward to our future hunts – Billy Hillestad. Athens GA USA, 15 Oct 1984. *

That will probably turn up in a story. About a year ago I was staying with a friend in the country. She’s an op-shopper extraordinaire, and had found a great old book on crocheting for a friend’s birthday. I was reading through the chapter headings, one of which was ‘Suitable For a Lampshade’. I thought that would be a wonderful title, so it stayed in my notebook for a while and eventually I wrote towards it. The result can be read here

* After answering this question I decided to look up Billy Hillestad. This is him

Stand by for a new story entitled ‘How Much Pressure Can a Buck Stand’ or ‘Facts & Myths About Antlers.’

My stories mostly start as images or brief exchanges – or, as with ‘Suitable For a Lampshade’, simply as titles – and grow from there in a somewhat fragmented, non-linear manner. They accumulate, is perhaps a better way of putting it. I edit as I go, which means certain paragraphs or sections have gone through numerous edits before I’ve even finished a complete draft. During this process I dance back and forth between longhand and the laptop, and the finished version has usually been hacked down to its bare bones from something much longer.

Ideally I like to let stories sit for a while – a few weeks or a month – then go back and harass them, typically with more omitting. In these final stages I’ll often ask my fiancé, Patrick, to read over them and let me know what’s working and what isn’t. He’s a brilliant writer and a very savvy editor, and usually knows what I’m trying to achieve within any particular story.

I save submission mail-outs for days when I’m having a lousy writing day, then at least I can feel like I’ve achieved something. Even if it’s just writing a cover letter and licking an envelope.

Yes and no. By literary journals and anthologies, they’re definitely valued, at least as valued as they ever were. But to the non-lit journal reading public, they’re often not, and to Australian publishers they are still largely considered to be ‘publishing poison.’ I find that saddening, as US and UK short fiction writers seem to be better off in that regard.

It seems for a short story collection to sell well – as well as a novel – it almost has to be marketed as a novel (or more generically, a ‘book’) rather than what it is: a collection of unrelated stories.

I feel great about audio – three or four years ago most of what I was writing was for performance, or with performance in mind. Possibly one of the reasons dialogue has been overlooked until recent years; it generally doesn’t work all that well when read aloud.

As for digital, I am unabashedly a technophobe. I appreciate the idea of literature in a digital format – affordability and accessibility being major factors – and I can definitely understand the practicalities of a digital library (especially considering my house, which is lined with teetering piles of books due to a lack in shelving). But even if they developed an e-book reader that smelled like a book and felt like a book, one that was safe to read in the bath, I would still prefer the real thing.

I’m not sure I have helpful advice, but it’s heartening to see publishers who are devoted to short fiction.

You can find out more about Josephine  and her publications from her blog, Everything But Snow. Click here.