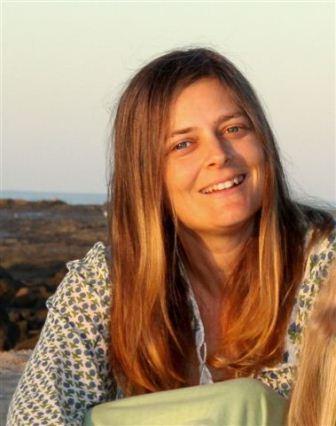 There are huge raggedy holes in my education, which I’m enjoying filling.  I have just found Eudora Welty.

Without any hesitation, Singing My Sister Down, by Margo Lanagan.  If you haven’t already read this story, please do.  It’s the first story in Black Juice.  I borrowed it from the library, read the first story, and then returned it, utterly traumatised.  It took me several years to get up enough courage to read the rest of the collection.  They’re all good, but Singing My Sister Down is the stand out piece.

I love to write short stories.   I like it that they’re so straightforward and manageable and contained compared to a novel.  I like it that I can write a short story in my kids’ daytime naps (sometimes).  I love being able to ‘try on’ another reality or personality for a short time.  And I enjoy the challenge of having to make every word count.

Eclectic.  Experimental.  Non-domestic.  Is that a genre?  I want something unusual, even impossible, to happen in my stories.

The one I’m writing right now, because it’s new.  It’s about a snake. I think.

I wrote a short story called ‘Flight’ that was published in the Sleepers Almanac a couple of years ago.  It’s about a 17 year old boy who is stuffed headfirst into a sleeping bag by his (former) best friend, and then abandoned.  This idea arose from an experience of mine snow caving in New Zealand.  It was really cold one night and I had cinched up my sleeping bag until the opening was just big enough for my nose to poke out.  I must have rolled over in my sleep, because I woke to find the bag pressing down on my face and the opening nowhere to be found, resulting in about ten seconds of pure, claustrophobic panic.  I started to think about what it might be like to be put in a sleeping bag head first, so that there was no way to get your hands down to the opening.  To be authentic, I had my husband put me in a sleeping bag like that (in the middle of an Alice Springs summer), while he filmed my subsequent panic.  I was in there for about 30 seconds – plenty long enough.  And then, to be interesting, I made the protagonist’s best friend be the sleeping bag stuffer.

The idea has to stew around in my head for a period of time, often years, before it’s ready to come out.  I can’t just sit down and start writing without some sort of theme to hang a story from.  If I’ve let it stew long enough, the story usually pours out onto the page and the whole thing is done in less than 2 hours.  Then I do some light tinkering before declaring it complete.  If it seems to be taking a lot of tinkering, it’s usually better if I just bin the whole thing and try again another day.  I have an entire file full of ‘stories under construction’ that are waiting for another day…

My husband is my first reader, every time I write something new.  I trust his opinion and he doesn’t pull a punch.  I have a ‘rule’, born of several humiliating experiences, that I don’t show writing to friends or relatives until it is published.

Yes and no and maybe.  I’ve had long discussions about this lately, none of which have convinced me either way.  The only thing I can say with any certainty is that I really, really hope it is.

I’m a luddite.  A post-print civilisation is not one I would want to live in.  I prefer to be able to hold my work in my hands and put it in a bookshelf, so I always seek a hard copy publication.  However, I have had stories published on-line (usually by a journal that has already published it in hard copy), and I have been contacted by people in the publishing industry who have read my work on-line, so I do appreciate the advantages of digital publishing.  I have recently been persuaded (by persons who shall remain unknown) to launch a website, which includes a few of my short stories in full.

Melissa Beit lives in coastal New South Wales.  She has had short stories published in Southerly, Meanjin, Best Australian Stories, New Australian Stories, Sleepers Almanac, the Australian Women’s Weekly and Skive Magazine.  Her manuscript Walking with Ghosts won a Varuna Publisher Award in 2012, and is currently being considered for publication.  Some of her stories can be found on line at www.wordtree.com.au