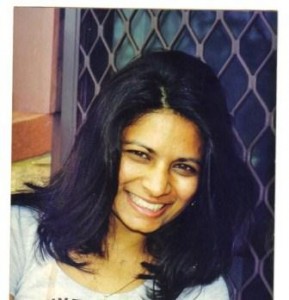 One of my favourite stories is JD Salinger’s “For Esmé with Love and Squalor”, which tells of an American intelligence officer’s meeting with an English schoolgirl, opening to the themes of foreignness, love, war, youth, innocence and experience. An intimate cameo forms within a larger framework of human tragedy so that poignant emotions are delicately expressed through dialogue as the characters emerge. The perspective of the narrator changes half way through the story; the point of view subtle, since in telling about his encounter with the girl and the letter she sends him, the narrator is also telling us about himself.

It’s a beautiful genre. I enjoy drafting sketches into detail, expanding the language, colouring in and segueing together its parts. The short story requires really careful attention. Unlike the novel it may be read in one go, so inconsistencies of tone or style become apparent. It’s not as indulged as poetry, which isn’t to say that it can’t be experimental, abstract or edgy. A poem might be easier to complete than a story, though I think a good poem is as challenging to write. Readers have expectations of a short story that a writer may provoke to some extent, but never entirely neglect. The poem might be dismissive or aloof, whereas the short story needs to engage the reader.

I guess my writing reflects a sense of fragmentation caused by the movement between countries and cultures. I’m interested in reinscriptions, also in magic realism, which can playfully disrupt logic and power. Writing from, or reinventing personas can be homage. It permits me to express irreverence for traditions and history. Intertextuality is a way to share one story with many stories, to revisit the past and question its authority.

There’s an emphasis on language in my writing, but the pleasures of language are not purely aesthetic for me, not just about style. I’m interested in perception, place, nuance and how dream moves forwards and backwards in time. Language is so many things: refuge, asylum, curiosity, home, power, and exhaustion.

My favorite story is “Chasing Nabokov” It took me an embarrassingly long time to write but I’m glad for the immediacy and intensity of the voice. I like that it writes back to Nabokov with homage and audacity and a female voice.

I’m inspired to write by place, scene, mood, and experience. From the words I’m drawn into themes, characters and specifics. This involves lots of redrafts before the story emerges, so I can’t be in a rush. I like that fiction is so painstaking. Sometimes travel might intersect with writing a story, though the two are mostly accidental encounters. An example of this is “Duende.” I’d read about Lorca’s theory of death and art. I’d travelled to Seville myself, for another project. The brutality of the bullfight was confronting to me. Still I was intrigued by the risk and ritual, which goes back to ancient times. Slowly, the story took shape: it’s about betrayal, love and exile.

The process is a lingering one. It begins with slowing down into words, ideas and is followed by lots of drafts. But this is also the part which I find relaxing because I enter into another world, intense and vivid. I become responsible for its symmetry and connections. I start to be fond of the characters. It can certainly be frustrating when it doesn’t all cohere and mostly my drafts start out like this. But you give them the patience and craft they deserve. I have one or two close friends, with whom I share my writing. A brief comment or hint might be a guide in the right direction. Mentorships are wonderful and so are writing retreats where you have the space to slow down into your rhythm.

The realities of how difficult it is to publish a collection of short stories suggests that the form is not really valued in this country or, for that matter, abroad. Fiction is a tough genre in which to be published, it seems. But I think it’s true that amongst writers, the genre is appreciated, particularly as it appears in literary journals.

I’m sad about book shops closing. Digital forms of publishing are changing the status and role of books altogether. We’re witnessing a dramatic evolution of technology impacting on the way we read and write. Text, particularly in commercial forms, is becoming more accessible, virtual, abbreviated, networked. The potential readership from digital publishing far exceeds the potential from print. Still, I’m surprised by how many books sell by word of mouth, and I think small scale print publishers can be successful in expanding their readerships through their own networks and communities.

Keep talking to writers like this; and keep publishing excellent Australian short fiction!

Michelle Cahill’s fiction has appeared in Southerly, TEXT, Transnational Literature, Prosopisia, Famous Reporter, Escape and forthcoming in Antipodes, Alien Shores and Etchings. She received an Australia Council grant in fiction to undertake a residency at Sanskriti Kendra, New Delhi. Other fiction residencies have been at Varuna, the Writers Centre and the BreadLoaf Writers’ Conference. Her collections of poetry are The Accidental Cage, Vishvarupa and Night Birds. She received the Val Vallis Award and was highly commended in the Blake Poetry Prize and the Wesley Michel Wright Prize.