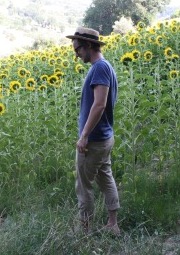 Borges’s ‘The Garden of Forking Paths’. Like, hypertext magic alert! So many layers/tangents/literary recourses. A maze-like story about an infinite maze. Jesus Jumping Beans, did this guy sort of invent the internet or something?

The story is kind-of epistolary (a style which I really dig) and it melds philosophy with storytelling (which is why I open books). Affecting and clever!

The first time you read this (or many other of Borges’s short fictions) your brain sizzles itself a thick new synapse, one that can never be unsizzled.

Also, “Jorge Luis Borges” is fun to say in a faux-Spanish accent.

With tongue entirely in cheek but also in utter earnestness: the shortness. A short story is by name and definition succinct/brief/fleeting. When a short story is no longer short — say over 15,000 words, to pick a number — it loses the lustre of immediacy. This is true for both reading and writing short fiction. As a reader, to step into a short story is like having a shower (opposed to lolling in a bath). You know as you enter either a short story or a shower that it’s going to be quick and warm, and that it will charge your energy levels so that chores or creative toils or making that difficult phone call are suddenly not as unfeasible as they were before. As a writer, short fiction is graspable. An idea filters down through the top of your head like coffee into a cup, and you can seize it and jot down a few seconds of notes and then punch away at the keyboard, and a day or two later, you have the chassis of a story ready to be tricked out. Even if the end result is just crap, that 48 hour period of writing writing writing is better than [insert hedonistic pursuit here].

One that I haven’t written yet; pick any of the hodgepodge ‘story idea’ Word docs that stare out at me from my desktop.

I’m not sure where ideas come from. I can’t even go as far as calling them ‘my’ ideas. Does anyone really have an answer for this question that isn’t just horseshit? An idea appears. Sure, it’s an electrochemical process in the brain, as far as our current thinking goes. And sure, it’s also explainable through personality and character and private history. But none of this is ever going to be satisfactory. Try explaining to a five-year-old the physical reasons why a group of whales kill themselves by drowning in air on a lonely beach. How much can you persuade this five-year-old with an explanation?

Alone alone alone, until the very end, when I reach out for friends. I don’t reckon there’s any other way to do it.

Yeah, sure it’s valued. I value the shit out of it, and I know many other Australian citizens who do also. That’s enough for me, for the moment anyhow.

No wuckers is how I feel. Do with it what you will, it’s not mine anymore.

Um, read? No matter what else, for me everything always comes back to reading. (By ‘reading’ I mean ‘experiencing art’, like books, films, fine art, music, public transport, people, walking, sex.)

Sam Cooney has published fiction, creative nonfiction and journalism in a variety of places, both in Australia and overseas. He has also commissioned and edited writing for a few major Australian journals and magazines, and is currently the fiction editor at the Lifted Brow. His story, ‘From on high’ is published in Escape, an anthology of short Australian stories (Spineless Wonders, 2011).