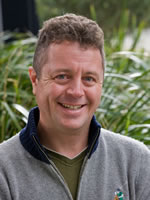 Vladimir Nabokov comes to mind first. I remember reading a raggedy copy of Nabokov’s Dozen, ages ago, at the beach. The book was so ancient that the pages were almost petrified. Each time you turned one it came away from the spine and you’d have to snatch it back from the sea breeze, which seems to say something about the fragile, fleeting intensity of Nabokov’s pages. Gerald Murnane is another writer I love and admire. Velvet Waters always inspires me and I think about it often. Anything by Borges too. But most of all Janet Frame, for the way her stories range so freely and confidently across realism, symbolism, allegory and anecdote. And because her tales feel like confidences being shared with you and you alone. Another fabulous New Zealand writer I’ve discovered more recently is Owen Marshall: “Kenneth’s Friend” is a masterpiece.

I’ll be bold and only name one: Frank Moorhouse’s “Revisions: A Found Story”. Nothing else is so funny and heartbreaking all at the same time. It’s the perfect match of formal experimentation with an abiding concern for the human condition.

Delia Falconer says it best when she celebrates its “under-the-radar freedom”. As a genre it has an unparalleled ability (once more I’m thinking of Moorhouse) to plunder other modes of writing for spoils to line its own dark caves of creativity. A short story can make work what wouldn’t work in a novel or a poem. It can play in any position.

This is a tough one…. Perhaps along the lines of the Butterfly Effect. Or, as my writing is so often about water and watery conditions, another way of putting it may be more apt: introducing a drop of water into one edge of the ocean can sometimes bring about a tsunami at the other edge. My writing pursues the consequences of what are initially minor even trivial disturbances. It tries to increase the level of magnification that may be trained on the world—as if the pen were a microscope of infinite calibration—until seeing a new state up close makes it seem strange and distant all over again.

Like many writers I suppose, I’m usually most fond of the story I’m currently working on. If I don’t feel that way about a particular story then probably there’s something wrong with it. Having said that, the story “Nhill” is always one I think of fondly, and particularly of late. You see, when it was first published in The Best Australian Stories 2006 and in Antipodes it contained one line of dialogue, as it happens the last line, that attracted a little bit of criticism. In her review of BAS 2006 in Australian Book Review, Delia Falconer wrote that “Nhill” “would be perfect but for its last line.” When I read that I agreed straightaway with Delia’s analysis, and so the version of “Nhill” in my debut short-story collection, The World Swimmers, has had that last line taken out. That’s why I’m so fond of “Nhill” right at the moment. Removing the final three words has made a big difference to that story, has almost made it into a new story.

“Nhill” was inspired by a trip to the Little Desert of the Victorian Wimmera. Still it took many years after the trip before I even started to write the story. But in the meantime, I suppose, it was incubating in parts of my mind and parts of my body that I know little about. Perhaps it is essential that a short story spend some time in the foreign territories of the writer before it is midwived onto the page and into the world? The funny thing about “Nhill” is that, while the title references the town at the edge of the Little Desert, the vast majority of the story is set not in the town but in the desert. I only realized this much later when a student of mine pointed it out to me. It’s almost as if the town, with its intriguing and evocative name (which, as I understand it, comes from an Aboriginal word meaning “early morning mist [or spirits] rising over water”) unconsciously provided a sort of envelope for me, as writer, to develop some new ideas about the desert lying just to its south. Of course, the notion of Nhill as suggestive of “nil”, “zero” or “nothingness” is also, I think, important to how I wrote the story and to the final product. Nhill, like “Nhill” I hope, is anything but nil.

For a very long time in the development of any given story I fly solo. So much so that if I’m asked what I’m working on “at the moment” I will never give a straight answer unless the piece is almost completed. I’ll mention another writing project as a diversionary tactic…. I’m sure many but by no means all or even most writers do something similar. Still, when a piece is finished, I try to summon up the confidence to throw open the floodgates and let everyone say their bit who wants to say their bit. I’m pretty much of the opinion that all criticism helps improve a story, even or perhaps especially when the one providing the critique has little or nothing to say about it (exactly why someone would react like this, silently, is an important question for the writer to ponder). However, a story needs long development inside the writer and in the private space between the writer and the page before it should come out into the light.

My sense is that support for the short story in this country runs deep and narrow and is probably stronger among writer-readers than among readers. As publishing becomes increasingly digitized it’s likely that the short story will grow in popularity. The times and the technology may well suit it. Of course, a digital future will also be a future less and less in the thrall of national boundaries. As an internationally available and valued genre, the short story around these parts may well mutate towards fictional expressions that no longer reflect even a vestigial sense of their “Australian-ness”. Let’s see what happens.

I’m all for it. Why people can be so strongly opposed to non-print forms of publication beats me. Surely it’s the writing more than the medium of the writing that matters most? From another perspective, digital developments do not, in any event, necessarily indicate the death of print. It is likely that, amongst the readerships of the future, print may come to be valued, and thus commercially viable, in ways that we are currently unable to perceive. Print might well be a big part of the digital future. Again, we’ll just have to wait and see.

Appreciate the pleasures, dangers and possibilities of reading ancient volumes of Nabokov on a windy beach…. 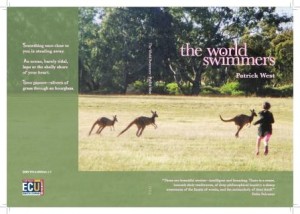 Dr Patrick West is Senior Lecturer in Professional & Creative Writing at Deakin University. His PhD from The University of Melbourne is on Julia Kristeva. Patrick’s first short-story collection, The World Swimmers, is published by the International Centre for Landscape and Language (ICLL), Edith Cowan University, Perth, Western Australia. He was an MA student and post-doctoral fellow at ECU in the late 1990s. Patrick is active in many creative and academic genres including the short story, literary journalism, film script, literary theory, television studies and poetry. The winner of many writing awards and competitions, he has been published in The Best Australian Stories twice and in many other prestigious academic and creative forums. Patrick is currently a research leader of a major funded project based on the volcanic plains of Western Victoria to do with creative responses to place and landscape. He frequently reviews books for The Australian.