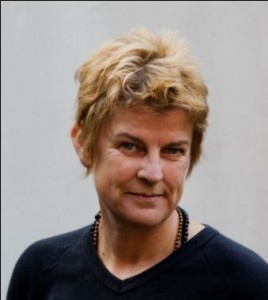 Annie Proulx, Elizabeth Jolley and Carson McCullers are a few of the many writers I admire for their short fiction. From a closer position I’ve gained knowledge and been influenced by collections such as Anson Cameron’s, ‘Nice Shootin’ Cowboy’, Tim Winton’s ‘Minimum Of Two’ and Thea Astley’s ‘Collected Stories’.

If I pondered this question for longer I may come up with something else, but the story that keeps pecking at my brain is Fiona McFarlane’s ‘Those Americans Falling From The Sky’. The narrative is wended beautifully into a seamless and beguiling story while at the bottom of things, like a well with stones in it, there’s something quite disturbing going on.

I like the power the short story form holds, like a secret behind a door that begins to be revealed the moment it’s opened. It’s not that everything is seen at once but good stories take you to the heart of the matter very quickly unlike a novel which is more like being outside a house and first having to take in the garden, the path, the garage etc. before opening the front door. It’s the intensity of the short form that is attractive to me.

My writing can be high tensile as it is in my story ‘Agapanthus’ in Sleepers Almanac No. 5, or it can be a little sinister as it is in ‘Angus’s Playground’ on line here. I do enjoy words which means employing discipline as a matter of course – while ‘matters of course’ require the same diligence as any matters, big or small. I’m drawn to the excavation of character, such as in my story ‘Flame Game’ from Going Down Swinging No. 27 and online here. And, lastly, my writing can be more emotional and interior such as ‘Paper Anniversary’ which has come runner-up in the Carmel Bird Short Story competition and appears in the anthology put out by the good people of this website, Spineless Wonders, called ‘Escape’.

I am partial to my story ‘Flame Game’mainly because it’s the first time I’d written in the second person and realised the power of the device. While bringing the emotional territory of a character closer, it creates a certain disturbing distance at the same time, the overall effect being ephemeral and spooky. The story, despite its brevity, manages to capture the protagonist’s character and explain why he did the terrible thing he did. In so doing, I feel as if I was just the conduit through which his voice was flowing; something that makes a story wonderfully watertight.

To stick with ‘Flame Game’ (I have written other stories from similar kernels of thought, or is that emotion) I read an article in The Age newspaper about a Canadian psychologist who was treating convicted arsonists. I have a clear memory of where I was when I read the piece, the exact time and place, indicating perhaps the significant impact the article had on me. Stirred, I wrote the first draft in one sitting soon after. And it’s wonderful when that happens, when there’s something so truthful about the voice in a story that it flows from the fingertips, uninterrupted.

I love uncovering the first draft and find that the most exciting part of the process. I also enjoy the re-working, especially when the story starts to really shine through. I’m inpatient, however, and find myself sending my work off too soon, which can only lead me to conclude I’m in need of a writing group; even a ‘reader’ would do.

The short form’s value (relatively speaking) is, I think, on the increase in Australia. The steadiness of the growth of publications of anthologies and collections is testimony to this. However it seems we’re way behind North America in regard to the short form’s status and I have a feeling that those reading short stories are mostly those who are writing them.

Maintain standards – contemporary but top shelf. In the end, harsh as it might seem to writers struggling to get published, the process of rejection will improve their work.

SJ Finn writes poetry and fiction, opinion and commentary for the Overland Literary Magazine blog. Her short stories have appeared in Going Down Swinging, Sleepers Almanac, as a mini shot for Vignette Press.  Finn’s poetry has appeared in The Age newspaper, The Green Fuse, Cordite and Snorkel. War Through The TV appeared in the Best Australian Poems 2010. Her novel This Too Shall Pass was published by Sleepers in March 2011 and was highly commended in The Barbara Jefferis Award 2012.