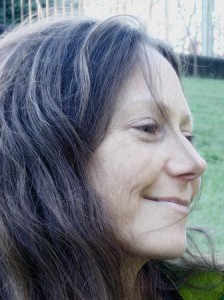 Those who spellbind me not just in a few of their stories (like Raymond Carver) but all through each collection they put out, like Amy Hempel, David Foster Wallace and Western Australia’s Chris McLeod.

While 26+ pp puts this at the longer end of the genre, I’d have to say ‘Brief Interviews with Hideous Men #20’ by David Foster Wallace. You can read it in one sitting if you’ve got a spare 50 minutes. First, it’s a story within a story within a story. The framing story – a gender politics discourse – contains a love story wrapped around a horror story, a harrowing psychological what-if. Second, Foster Wallace gets away with talk of the soul by hiding behind a sceptical narrator. Third, the whole package delivers several twists or reversals, including a rape that isn’t a rape, a psycho killer who loses his nerve, and a rationalist who falls in love with his one-night stand. If it sounds like there’s too much going on, a lot is still omitted. For instance, we have to infer the nature of the ‘interviewer’. And last but not least, the theme is empathy for the other, however repulsive. Yet Foster Wallace, elsewhere a brilliant ventriloquist, achieves his effects without recourse to the popular device of adopting a guise far removed from the author.

I love dense, complex and/or enigmatic narratives that need to be read more than once to make sense, and shortness makes this more practical. Shortness also necessitates omission, allowing the reader more scope to participate.

So far, it mostly pans out as character-driven narratives about the crossing or violation of boundaries (physical and/or psychological) or taboos (personal and societal). Before writing took over, I’d spent years painting and dancing, neither medium of which I’ve abandoned, so it’s possible those disciplines condition my use of language.

My fondness can change allegiance on a daily or hourly basis. It’s first an index of ideas that might yield new (or radically reborn) work; that is, the fondness is less for the story alone than for the ideas that flow from it. In this sense, ‘Under the Skin’ (in the Escape anthology) feels fertile; it continues to suggest further characters and experiments in form.

The ideas can come from anywhere, but unless they’re marked by synchronicities or entwined with strong emotions, most of them will fade and dry out like pressed flowers in notebooks. For instance, the idea for ‘Under the Skin’ grew from a shouted conversation with a woman I barely knew. Some women, on hearing what I heard, might vow never to be without a mobile, but my sole concern was, what would stop my character from using hers? At some point, the woman’s chilling account reminded me of something an ex had once told me (which also served as a warning even if he didn’t know it!) and I began the story without knowing where it was going (not my usual MO). Then halfway through writing the first draft, I got injured by a total stranger, which modified the narrative arc in unexpected ways.

Sometimes I’ll bounce ideas off my partner if they come up while I’m with him. Often I’ll brainstorm outdoors on scraps of paper. When there’s a draft that gels I’ll run it past random strangers (writers) online, some of whom won’t pull their punches or share my cultural assumptions etc. (good for objectivity), then I’ll rethink and rejig if necessary, edit and re-edit. It can take weeks or months but more often takes years to produce a story that satisfies me. Then comes the hard part: gauging where to send work that’s not geared to the established outlets.

Yes. The fact that in recent years (or months) so many new venues have sprung up, e.g. literary journals and adventurous small publishers like Spineless Wonders, just confirms the growth of a short-story audience.

Digital forms have opened doors for a renaissance of the short story. And as I always read aloud throughout the writing and editing process, my work’s inherently geared for audio. So bring it on… 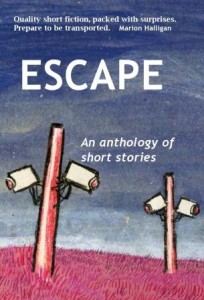 Sue Booker’s short fiction has appeared in Meanjin and Encounters: Modern Australian Short Stories. Her long fiction has attracted mentorships from Varuna and the Australian Society of Authors. She is currently exploring in-between-length fiction. Sue’s story, ‘Under the Skin’ appears in Escape, an anthology of short Australian stories (Spineless Wonders, 2011).