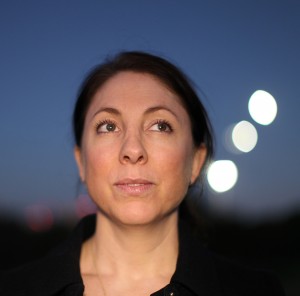 My partner had asked me to develop a story for a short film. He wanted something with skateboards and wide angles, so I was toying with the idea of a western in a post-apocalyptic Sydney where people rode skateboards instead of horses. When I saw the call for Stoned Crows it seemed like a natural progression.

2.Tell us about your process. (Do you start sparse and widen out, or do you write down every possible association and cut back? Do you research the subject matter you are writing about? Is it pure intuition?) Take us through an example if you want.

When I’m writing for screen I usually develop the world, characters, the premise and the plot well before I put ink to paper. For Mutants and Missionaries it was the opposite. I took the seed of the idea and wrote instinctively from there. Then it was edit, edit, edit…

One of the fun things about microfiction is that you can use those great yet orphaned sentences that you created when on the bus or in the shower. I keep a file of these called ‘bus-bits’.  I use these to sprout a story. Keeping a file like this is great writing practice too.

The scent of eucalypts through the car window as I leave the city behind; wine; science magazines; humanity; good writing; cheese; travel; an open wood fire; long plane trips; rain.

Buying a new note book and pen seems to work, but the notebook can’t be too fancy because then I feel pressured to write something amazing which puts me off. The notebook needs to be soft so that the pen cuts into the paper and flexible so it doesn’t get in the way of my hand. The pen must be ‘fast’ which means that the ink flows quickly and the physical act of writing isn’t a distraction.
For writing exercises I like to use anything in Natalie Goldberg’s book Writing Down the Bones. (Shambhala Publications Inc 2005). 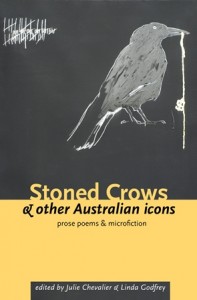 Kate Walter is a student of Creative Writing at the University of Sydney. She loves writing screenplays. Her short story, Disembodied, appeared in Short and Twisted (Celapene Press 2011). Water Born, appeared in the Tower Group Anthology which won the 2012 Fellowship of Australian Writers “National Community Writers Award”. Kate  is currently producing a film called Entailment. It’s a short contemporary drama which I wrote last year, to be directed by Cam Smeal for release in 2014 http://d4digital.com.au/entailment-film/

Mutants and Missionaries was performed this year at Spineless Wonders Presents… at the Wheatsheaf Hotel, Adelaide.