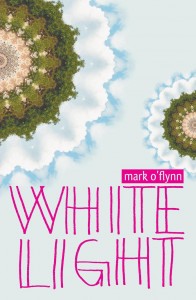 O’Flynn has a vernacular gift. The words and images he uses in these stories are precise and sculptured to fit their subjects. The standout story for me is Red Shoes, an affectionate portrait of Dorothy Hewett and husband Merv Lilley. I felt compelled to read it aloud. Dorothy becomes wedged immovably in the railway car toilet during a journey across the Nullarbor to her old WA stamping ground, and Merv attempts good-humouredly to help her out. Dorothy, wedged, contemplates her ridiculous situation and her impending death. She also contemplates her red shoes, symbols of the vibrancy, potency, sexuality of her youth – all sacrificed on the altar of age and infirmity. “No one wants to see them any more,” she mourns. O’Flynn is so good at juggling the balls of comedy and tragedy, keeping them all in the air.

It could be said of O’Flynn that his stories hunt for the truth, despite finding some of it unpalatable. In A Good Break, Dean and Shona take their kids for a day at the beach; a man is pulled insensible from the water, and Dean finds himself useless in the arts of resuscitation; relieved when others do the work, and the ambos arrive. But returning to his family he is reinstated to familial power; and the ‘small scene on the beach’ seems insignificant as the world continues on its way and the family trails towards the ice cream van. What is important really? Our own small circle. All else recedes. The dramas of the Other fade.

He pulls no punches in the stories dealing with hypocrisy. In Lovely Outing, Mrs Lapin is being officially apologised to by Troy, who, mad for drug money, stole her bag and caused her to sustain a shoulder injury. He’s truly sorry, they have corresponded, she likes him and is very willing to forgive. Mrs Lapin’s family by contrast are baying for his blood – they’re nasty, vindictive, prejudiced, unforgiving, and have never given Mrs Lapin the honest affection Troy is offering her. What price rectitude?

This theme recurs in Beneath the Figs. The old fig trees in the street Shona and Dean live in bring the bats, a seasonal threat and a nuisance. There are pro-tree and anti-tree lobbyists. The religious fundamentalists next door (anti-tree) have a bat-faced baby, ailing. They refuse it medical intervention, citing the will of God. The bats cling to life in the trees, the bat-faced baby clings to life in the teeth of ignorance, cruelty and hypocrisy.

O’Flynn gnaws at this theme again in White Light, though this time he’s laughing all the way to the altar. The local Jehovah’s Witness chapter has claimed Sharon and her mother Elaine as its own. White light is, allegedly, the transcendental effect one can experience by surrendering to the power of Jehovah. Sharon’s boyfriend, sensing a useful alibi, inveigles his way into their household and brings his own, less legal, version of white light. Well – drugs, dippy religion, are they the same thing in the end?

In Tales of Action and Adventure, Shona’s old boyfriend comes to dinner, telling tales of his globetrotting, adventurous life. Dean, preparing the meal, has always been a little jealous of this glamourous figure. But it becomes clear the friend is narcissistically focussed only on trying to impress – and, sadly, on trying to cling to these two kind acquaintances in the teeth of his own loneliness. Shona pronounces him dull after he goes, aware that Dean is in his way much more adventurous. What is adventure then? Is it in the way we engage with the human world, our bravery in grappling with the demands of relationship?

Loaded Dice is a story about the Monopoly game of life. It’s shrewd, witty, sardonic. O’Flynn obviously loathes the game and the mindset behind it. Capitalism, I hear him say, chews up and spits out those with nothing, while further enriching those already cashed up.

So don’t go to Mark O’Flynn for a comfortable read. He’s too busy searching for what really happens in the human world to offer up any anodyne substitutes. He finds much of it quite amusing, though.

White Light by Mark O’Flynn is published by Spineless Wonders. Available in paperback,  ebook and audio.