Sydney author, Julie Chevalier gender flips the breast screening scenario in this microlit narrated by Lauren Hamilton Neill. Ali and Emma chat about ‘PenisScreen’ mulling over the question of whether reversals of this kind help to educate as well as entertain. Join the conversation on the Coffee Pod|cast Facebook page 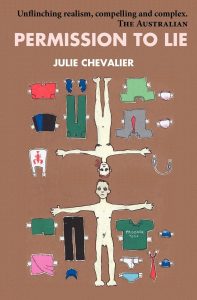 Julie Chevalier grew up in New Jersey and now lives in Annandale. Her third book, Darger: his girls was short-listed for the WA Premier’s Poetry Prize. Her collection  of stories, Permission To Lie is published by Spineless Wonders.

Lauren Hamilton Neill is Queensland born and holds a Bachelor in Music Theatre (CQCM).  She professionally has murdered several husbands in Deadly Women, was murdered in The Suspects, shamelessly flirted with a man far too old for her in ABC TV’s The Gods of Wheat St, and will soon be starring as a vegetarian vampire chef in a short film that will also see her don the producers hat.