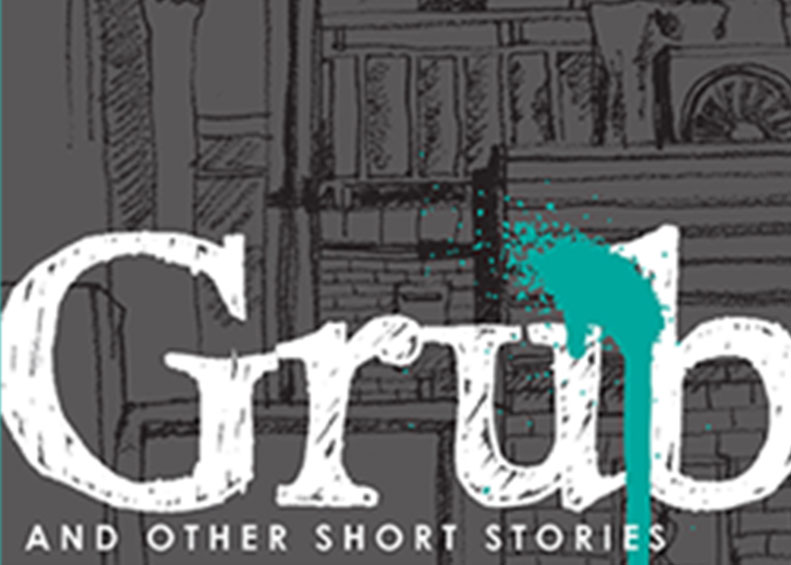 In this post, Spineless Wonders’ editor, Kalhari Jayaweera interviews Tanya Vavilova about her award-winning collection, Grub, her writing practice and what she is currently reading.

I’ve always been interested in the misfits, outcasts and outsiders—those who lurk in the shadows of society. I’m one of them myself: a raging and awkward queer, a migrant from a non-English speaking background, a person living with chronic mental illness, someone who is precariously employed, a renter, a single person. In each of the stories in Grub, I’m interested in how people in the borderlands learn to live in a brutal and loveless world with grace. 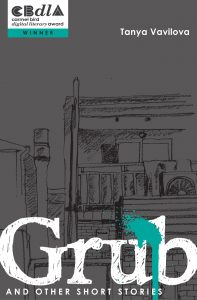 I wrote some of the stories while completing my Diploma of Creative Writing at UTS while others like ‘The Professional’, ‘Picket Fence’ and ‘Big Ted’ are more recent additions. I had dozens of these sorts of stories saved to my desktop, but it was through the process of entering the Carmel Bird Prize that I came to see how the stories might fit together as a celebration of difference and deviance.

I’m re-reading Rita Mae Brown’s Rubyfruit Jungle, which is still one of my all-time favourites. First published in 1973, it follows Molly Bolt—a spirted rebel and queer—who grows up in the American South but dreams of getting out and doing something big with her life. Even in the face of relentless homophobia, misogyny and classism, Molly never loses her belief in herself. And the best thing? Molly succeeds. She also has some glorious love affairs with women along the way.

Yes. I’m constantly reading—one or two books a week—so whenever I write, it just so happens that I’m always also reading. I’m constantly influenced by other writers, and I think that’s a good thing, especially while I’m still relatively new to the game. I often see connections between what I’m reading and working on, connections that might not really be there. I’m also primed to notice links with the outside world—for example, one of my characters might be looking for accommodation and then I just happen to walk past the perfect flat with a FOR LEASE sign out the front and I think, yes, that’s the house my character will live in. It’s a kind of magical thinking.

I first found this setting in ‘Whipped Cream’, a story about queer woman who are persecuted for their sexuality while their homes sink into the sludge. They live in a concrete bunker on Abercrombie Street, and the old run-down aquarium in Darling Harbour is the only safe space where they can meet. After I finished writing ‘Whipped Cream,’ I found that I was setting more and more of my stories in this same version of Sydney, a climate-ravaged, brutal city that had pushed the poor and marginalised further out into the fringes. The air is rank, the shops are empty, and there’s nowhere warm to sleep. I’m obsessed with this bleak prophecy and can’t stop thinking and writing about it, and in this I am influenced by writers as diverse as Cormac McCarthy, Margaret Atwood, Julie Koh, James Bradley, Ray Bradbury, Kazuo Ishiguro and Michelle Tea.

I never set out to write humorous stories, it just sort of happened. And the more I wrote, the more confident I became at showing my true colours: what makes me laugh, what makes me rage in real life. In the title story ‘Grub’, a couple is anticipating the end of the world. Mon develops a germ phobia so extreme that she starts wearing a Hazmat suit around the house. Things really start to fall apart when the narrator discovers a grub in one of her dumplings, but proceeds to finish off the plate anyway. (This happened to me. Years ago. I kept eating the plate of dumplings.) Ultimately, ‘Grub’ is a story about how we compensate for each other in relationships, but also how climate change sometimes seems too big a problem to tackle; either we become obsessed or we turn away. Humour, I think, is a great way to tell difficult stories and convey a message that would otherwise feel too blunt or didactic.

I started out writing memoir, but eventually tried my hand at short stories, at first writing realistic tales that were mostly based on my life before turning to more outlandish and bent stories that moved further and further away from reality. I don’t think that’s an unusual trajectory for a new writer. It’s hard at first to stray from what you know. But then, I think, you begin to trust your imagination.

For better or worse, I find it easier to write essays and memoir when I’m feeling downtrodden or miserable (probably because I’m reflecting on the realities of life) whereas fiction tends to flow better for me when I’m full of beans and motivated. You need a lightness, I think, for invention, otherwise your characters become flattened. At least that’s how it goes for me. On any particular day, my mood dictates whether I work on an essay or short story.

Grub is available as an ebook and in PDF format, here.

TANYA VAVILOVA was born in Moscow and raised in Sydney on a diet of toast and trampolines.  She has published essays and short stories in Meanjin, The Lifted Brow, Seizure, the Mascara Literary Review, Slow Canoe and the UTS Writers’ Anthology, among other places. Her short story ‘Artichoke Hearts’ won the Wollongong Writers Festival Short Story Prize in 2018. Grub is her debut collection of short stories. She hopes you like it.