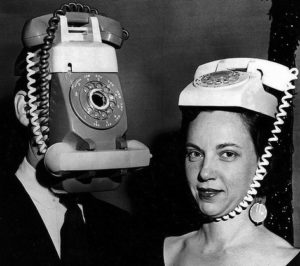 Slinkies team-member, Emma Howe, has been getting to know the six finalists and has produced a series of interviews so you can get to know them too. Today we are thrilled to introduce Anna Jacobson.

What was your inspiration for ‘Potato Stamp’?

While I did not host a banquet for imaginary guests, as the woman does in ‘Potato Stamp’, my audio poem is nevertheless informed by my time of profound unwellness. I was assigned a case manager on discharge from the psychiatric ward. Coming out of hospital in 2011 at age 23 with what I call my ‘Part 2 self’, I really needed a case manager with understanding. Instead, this cold, distant woman arrived on my doorstep. At the end of my poem, the carved potato stamping the case manager’s hand with the letters N.O. in beetroot dip, is my way of saying ‘Look here case manager, I don’t need your disdainful ‘help’. Let me be.’

My favourite writers are my wonderful friends (both published and unpublished). I am so lucky to be surrounded by a fabulous community of writers and poets in Brisbane, who are so kind, supportive and talented.

When I was first recovering from my experience with mental illness, poetry came pouring out as my form of expression. I like how microlit and poetry is a condensed form that often isn’t linear but can be fragmented and non-episodic. Poetry and microlit are both powerful vehicles for imagery, symbolism and metaphor.

Did you write ‘Potato Stamp’ specifically as an audio piece or was it originally written for print?

I initially wrote ‘Potato Stamp’ for print, but then chose to develop it as an audio piece, as I realised the second voice of the Case Manager/Imaginary Voice would work well in this format. I achieved this effect by creating a two-track piece.

When it comes to really short fiction, do you generally start wide and then cut it down or was ‘Potato Stamp’ always conceived as a small piece?

‘Potato Stamp’ originally came to life as a longer poem, which I then edited and condensed.

This had me digging around for my grade four notebook (subject: stories) that I’ve kept all these years— it’s now two decades old! I was ten and had written a short story about two giants: Harry and Thunder. I even make a cameo appearance as Anna (a kind old giant), who gives Harry some money to buy roast beef for his sandwich, as Thunder won’t give him any roast beef (and all Harry has to eat is a honey sandwich). Clearly, food was a strong influence in my writing, and still is!