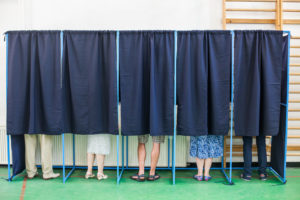 Slinkies team-member, Emma Howe, has been getting to know the six finalists and has produced a series of interviews so you can get to know them too. Today we are thrilled to introduce Brianna Bullen.

What was your inspiration for ‘Killer Kittens’?

I wrote ‘Killer Kittens’ after a week of just watching B-Movies and trashy science fiction. I’m a real sucker for the schlocky, kitsch, and just plain fun, because I think they tap into something really primal and exhilarating about human anxieties and self-effacing humour and deflection around it. I think we really undervalue fun and play in writing.’ Also, my mum had this stereotypically evil cat called Sid Vicious when she was younger, which was apparently this gorgeous Russian Blue-looking cat but with a real vile personality, and I thought it would be awesome to include him somewhere in there.

I like the challenge and drive a word count or constraint allows. Limitations really breed creativity, and I think such a small word count enables a lot of freedom when it comes to playing around with ideas. It still takes a lot of effort and a different sort of skill-set to write microlit and really get a story in that short space, but I also think it does open up a sense of play and specific attention to detail different to other formats. It’s such a brief little ‘snapshot’ and has to really distill a scenario into its essentials. You have to be able to set up a situation, take it through to the logical (or illogical) conclusion and leave the reader with this snippet that can be contained fresh in the mind for a while after reading or listening.

Did you write ‘Killer Kittens’ specifically as an audio piece or was it originally written for print?

I always thought it would be fun to do as an audio-piece. I wrote it specifically for the purpose of this competition. I was really trying to experiment and see what worked and what didn’t and so I submitted a couple of pieces. I thought what worked about ‘Killer Kittens’ was that it built up a situation. It presented this absurd scenario, and then gradually raised the stakes before cutting off, much like a horror movie sound-bite, so I was really excited to put it into that audio format where that could be built up in the delivery.

When it comes to really short fiction, do you generally start wide and then cut it down or was ‘Killer Kittens’ always conceived as a small piece?

I always conceived ‘Killer Kittens’ as a short piece. I didn’t think it needed anymore—I think dragging it out would have meant it lost that sense of absurdity, cheese and fun. Often when writing I try and consider how much space I really need to tell this story. I found early on that not asking these questions led to writing pieces that really needed a longer space and just did not work in a short story context, and vice versa.

In high school when I began really wanting to be a writer again, and as an ignorant thirteen year old, I created this ridiculous Japanese-American assassin character whose personality was pretty much similar to my own: ‘shy, angry, and misunderstood’ (as if the latter is actually a personality trait!). He was created while going through a cringe-worthily uncritical anime, cyberpunk and comic books stage, a creation which was just so darn stupidly culturally appropriative I can’t help but look back and cringe and think ‘you need to hold yourself accountable, and you need to get better at writing. Do research. Probe your own experience. Be more critical. Whatever you’re writing about requires nuance and understanding, not just hollow stylistic mimicry because that’s just offensive on so many levels. You have no right to write about an experience that isn’t your own especially if you haven’t put in the effort to do extensive research, and even then you have to be critical about why you’re writing it and if it’s your story to tell. Even if it’s schlocky. Don’t replicate problematic patterns.