The Ocean, It’s A Terrible Thing

When a young boy realises his dad is in trouble, all he can do is stare at his balls and wait for them to drop.

Set alongside the danger of the Australian coastline, Nick Couldwell explores the relationship between a father and son as secrets unravel and a family crumbles. 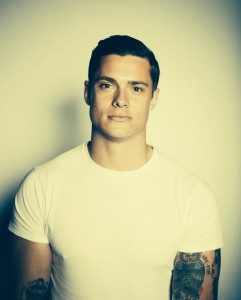 Nick Couldwell is twenty-four years old. His fiction has been published in visible Ink and Writing to the Edge (Spineless Wonders, 2014) and Spineless Wonders’ forthcoming Out of Place anthology. His short story ‘Presents’ placed third in the 2013 Rockingham Fiction Award. More recently, Nick won The 2015 joanne burns Micro-Lit Award for his story ‘Dancing’, judged by Kirsten Tranter. Nick lives with his partner and two daughters in Byron Bay. He has just completed his first novel.