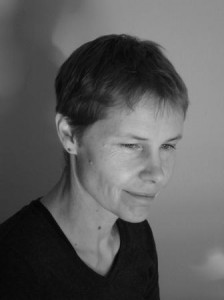 I’m currently being impressed by Laura van den Berg. Some others for today (tomorrow I’ll think of more I wish I’d said) would be Janette Turner Hospital (‘The Prince of Darkness is a Gentleman’ was very powerful), Margo Lanagan’s anthology Black Juice, and Nalo Hopkinson’s stories in Skin Folk. A long-time favourite is Italo Calvino’s beautiful vignette style in Invisible Cities.

What sprang to mind first when I saw this question was a story by Helen Garner about a magician. In fact, it’s an article about going to see a magician perform. ‘The man with the pearl-white cord’ is a thing of beauty about a thing of beauty: evocative and spare, everything limned to perfection. Then I thought of a story called ‘The boy who could lay eggs’. I searched for it in my bookshelves, and discovered it was a poem. The poet, Caroline Price, had created such a powerful moment in time that I’d incorporated it into my memory as a short story. Genres of things have a peculiar way of merging in my head.

As a reader: the enjoyment of a compact story arc. As a writer: the challenge of a compact story arc. To me, the short story is about creating a world that fits perfectly in a teacup. It’s a good balancer to novel writing, which is like heading into the labyrinth to find the Minotaur, and which takes me years—and an awful lot of string—to work my way out again.

Probably ‘Nightship’, a grungy industrial dystopia set on Australia’s eastern seaboard. It rattles hard at the cage of sex-and-gender power structures, and was launched in equal part by documentary footage I once saw of a woman being stoned to death, and the sight of fox pelts strewn across a bed in Harrods, London. I’ve always known there’s a much bigger story hiding in there, so I’m turning it into a novel. Out of the teacup into the labyrinth…

It can be from an image that sticks in my mind, or a phrase or poetic line that feels really full, like a grape wanting to burst. To explore it, I have to write. No other medium will do. It’s my version of an archeological dig. But it’s as much internal as external. I dig the inside and the outside concurrently and never know where I’m going to end up. I’m not a writer who constructs the skeleton of the story then fleshes in the details. This is moot for ‘Nightship’. Unstitching all its seams and laying it out raw again, who knows where it will go?

7. What is your writing process – from idea to publication? (Do you go it alone or are others involved?)

Private. Very private. I keep the story in the brain bubble for as long as possible, because I’ve learnt that’s how my imagination works best. It’s important to find your process and honour it. When I think I’m done and the story has been worked to a shine, I let it out for appraisal. But I choose those people very carefully. I’m not into group discussion. The last—the only—time I did that partway through a story, it destroyed my ability to finish it. To return to an earlier analogy, it’s like opening a piece of fruit before it’s ripe. It oxidises too early.

I’m not sure how to answer this, because I don’t feel like I have my finger on the public pulse. But I’m reminded of a quote I saw recently by Simon Prosser, the publishing director of Hamish Hamilton. He said ‘the short story form is better suited to the demands of modern life than the novel.’ These days everything seems to need to be faster and in smaller bites, which points to Simon Prosser being on the right track. As far as choice, there are quite a few competitions and plenty of publications that accept short stories; but is the form valued generally, or by just a few? I honestly don’t know who’s out there reading those stories.

Great idea. The wider the range of media the better. I signed the permission for The Daughters of Moab, my first novel, to be made into an ebook because my friend Brenda said how much she likes reading her Kindle. And I got a thrill hearing ‘Tripping over the Light Fantastic’ (a dance tragic goes to a dance studio audition) being read on ABC Radio. It was fun—not to mention challenging—to record ‘Nightship’ for Terra Incognita, the Australian speculative fiction podcast site. More recently I’ve discovered the excitement of going to word performances and poetry slams.

Advice? Don’t think you need advice—just a big thumbs up for what you’re doing! 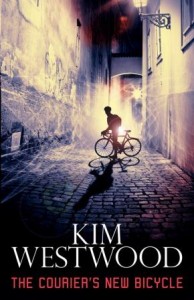 KIM WESTWOOD realised she might be a bit speculative when her story ‘The Oracle’ won a 2002 Aurealis Award. Since then there’s been more speculation, much of it with an apocalyptic air. Her stories have been chosen for Year’s Best anthologies in Australia and the US, and for ABC radio broadcast. She is the recipient of a prestigious Varuna Writer’s Fellowship for her first novel, The Daughters of Moab. Her second novel, The Courier’s New Bicycle, will be released in August by Voyager, an imprint of HarperCollins Publishers. Set in Melbourne just a few years and political changes from now, it’s twenty days in the adrenaline-fuelled life of Salisbury Forth: bike courier, Animal Protection Vigilante and gender transgressive.

For more details and Kim’s full bio, go to www.kimwestwood.com