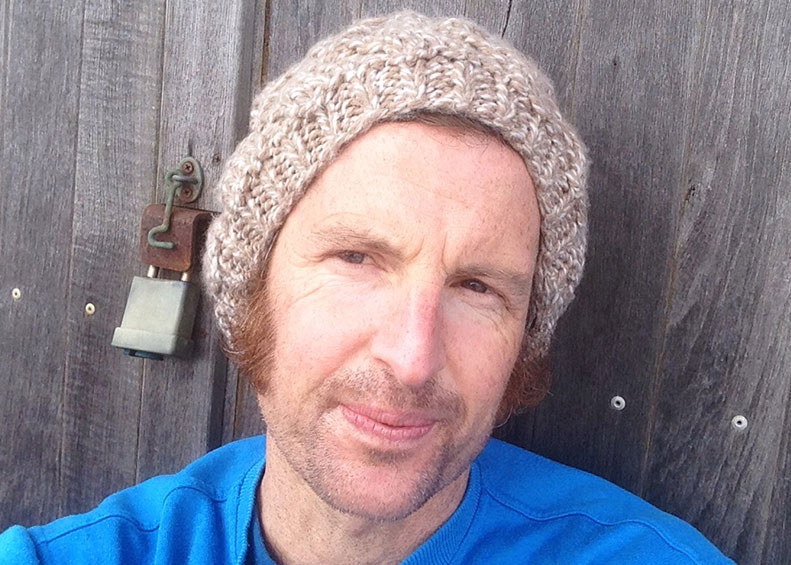 In this post, Spineless Wonders’ editors Bridgette Sulicich and Charlotte McKewen interview James Hughes about his debut collection, Understanding Almost Nothing of the World, about his writing practice and what he is currently reading.

1. Have you always been an avid writer?

As a kid I was usually concocting stories of one kind or another in my head. But I never kept a journal or anything and never sensed writing would be important to me. I was usually out riding around, doing 70s kids’ stuff, climbing trees or seeing who could find the most disturbing spider, or pretending a tennis racket was Gene Simmons’ bass. I didn’t really write anything until my early twenties. As a teenager I was nowhere. I didn’t read nearly enough and wasn’t nearly curious enough. When I did start, I had this feeling it’d be something I’d always do, no matter what – with or without recognition. It felt maybe a little too good. It’s a potent thing, when you find an art form and feel as if you might belong with it, have a place in it.

2. Who are some authors that have inspired you to write?

I read so much in my twenties I’m not sure any one writer inspired me. It was more the way my hometown looked and felt to me. The rain and salt water and the light, something about its atmosphere got me going – that and falling in love. And also people I’d sort of see around, or hear about, things people were going through. Reading Raymond Carver’s story Why Don’t You Dance? did something. I remember sitting in the car, staring at the last page, thinking: How? Luigi Pirandello’s story With Other Eyes did the same. I’d find these short story anthologies in op shops and get off on the most obscure tales. I remember one called The Graveyard Reader, about a guy who can deduce everything about someone’s life from the headstone cracks and abrasions, and another called A White Heron, about a girl out to foil a hunter come to her turf – the last pages of that one are something else. Back then I read all over the place, one day Iris Murdoch, next day Irwin Shaw, the next some totally unknown book by someone who ran away with a circus. Any given month I’m raving (mainly to myself) about one writer or another. Last summer it was Cheryl Strayed (Wild), that book blew my mind every page. I’m a fan of Zhang Jie and my current favourite writer is Emily Fridlund (History of Wolves). Any book with guts and nuance makes me feel like writing. Sometimes it cuts the other way, some writers are so skilful it makes you recoil from the whole caper – recently I came across Colin Barrett, don’t read Colin Barrett if you’re trying not to inflame self-doubt.

3. Your stories seem to come from such a personal place, are any of them based off similar experiences you had growing up? 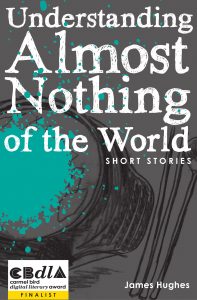 None of them are autobiographical. That doesn’t mean they didn’t haunt and taunt me. The enjoyment they gave me outweighed the angst, ten to one. I like writing that’s close to the bone, stuff that doesn’t flinch (too much).

4. Some of the topics you broach, like dealing with suicide and unhappy families, are quite intense. Did you find it hard writing some of these scenes?

The scene in Nightshift where the girl is shouting at the boy did a bit of a number on me. And in Jeremy, when the kid tries consoling the mother, that kind of got me. In The Stone, The Storm, where the mother accuses the father, that was tough, because my own parents are Irish, though my dad is nothing like him. A few other scenes made me uneasy, so I guess the answer is yes. Fiction’s probably always tough. But I appreciate what you mean, some of the scenes here are emotionally loaded. I think any writer who really goes for it writes something charged at some point.

A weird thing though, the trickiest scenes were in All the Way Up The Mountain. That one’s not even what you’d call a visceral story. But it was hard to know how much baggage to let those teachers hurl at each other. Originally I had all four saying much more hurtful things. One night I realized I’d let it go too far, they’d even had a bit of a skirmish, it had started to feel stagey, so I pulled their punches so to speak, dragged them back into line and tried to keep some tension running. Maybe I was punching them on behalf of future readers. None of those guys are very likeable, including the narrator, who sees himself as more enlightened, but he’s kind of looking down his nose at the others. So I had to find a way to make the story itself likeable. Which probably explains the end – I was maybe trying to pull a rabbit out of a hat, but hopefully it’s not an implausible ending.

5. Your stories set in South Korea have such an authentic tone, did you spend time teaching English there when you were younger?

(I like that word younger. It implies I’m still youngish.) I taught English in South Korea, as far south as it gets. But the Korea-based stories are pure fiction. Korea was an adventure. So many faces are still vivid to me. As a teacher I was all at sea at first, the kids had me for lunch, but I quickly realized I better learn to swim, or sail maybe. Teaching was much harder than I’d assumed. It’s unnerving the first time you’re standing in front of thirty kids, all switched on, all staring. It’s like being unmasked or something. One day I’d like to go back just to visit, I’ve never liked the saying about not stepping in the same river twice. I like the idea of returning somewhere, drifting about. I wrote a collection of poems that year. It shortlisted for the Josephine Ulrich Prize a while back, but I didn’t ever get to work on publishing it. It’s called Korean Harvest Reckoning.

6. You’ve taken a lot of time and care in correctly translating Korean phrases, have you always had a passion for language? What interested you in Korean specifically?

I didn’t learn more than say a hundred disparate words and a few phrases in Korean. For the first few months I had a notebook of words I’d scribble in – I thought I was doing well because I knew things like ‘sun’ and ‘sky’ and ‘the road is wet’ and ‘this barbequed eel tastes delicious.’ I have an aunt in Ireland with a degree in linguistics, but she’s way more erudite. She wrote some cool books for kids. Una Martin is her name. When I was a kid in Ireland I got a B+ for Gaelic. Don’t remember a word, not even please. Maybe I dreamt it.

7. Instead of conventional descriptions, you utilise dialogue as a medium to demonstrate cultural and language differences. Was there any significance in this?

I’m not sure there is. Dialogue is something of a strength I tend to work from. I’m always trying to get better at inner voice and atmospheric detail and everything else. Dialogue is kind of double-jointed. It can be a good way of sharpening focus. It’s also a really nice way to digress, or reroute I guess – a character can say something that nudges a story somewhere it might not otherwise have gone. I’m writing a story at the moment that has no dialogue at all, very hard but fun to try. There’s a scene where a woman finds out something about her husband, something life-changing, so I’m letting her say two words in that moment, but that’s it. Maybe I’ll let her have three, she deserves to swear.

Understanding Almost Nothing Of The World is available in ebook and PDF format, here.

JAMES HUGHES lives in Melbourne. His stories have won The Angelo Natoli, Hal Porter and Tabor Adelaide prizes. His story, ‘The Stone, The Storm, The End of Huckleberry Finn’ was shortlisted in the international Bristol Short Story Prize.