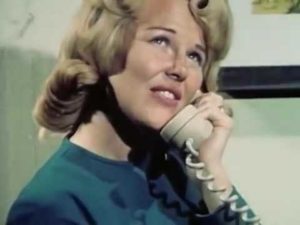 Slinkies team-member, Emma Howe, has been getting to know the six finalists and has produced a series of interviews so you can get to know them too. Today we are thrilled to introduce LAUREN GRUBIC.

What was your inspiration for ‘Egg Scrambled and Beat’?

Childhood. And the child in the adult as it turns out. I went in with the intention of having fun and, relaxing into it, it simply came. Little visions came through and I put pen to paper, letting them out, unfiltered. That was the entire purpose of participating in this challenge ? to try enjoying the process and see what happened, and stick to my guns on it. A little exercise in commitment, that wasn’t forced, but enjoyed. Egg Scrambled pulls on memories and stretches them into story.

My favourite writers to-date are largely non-fiction writers: journalists, researchers, and human-rights activists, whether intentional or not. People sharing their stories ? their vulnerable selves ? reminding us of our common bond in our humanity, and the knowledge that be extracted from our experiences. Women who inspire me are Ensaf Haider (with The Voice of Freedom co-author Andrea C. Hoffmann), Ayaan Hirsi Ali, Brené Brown, Marie Forleo, Caroline Myss, Tara Moss. I also really enjoyed reading Malcolm Gladwell’s The Tipping Point. That’s really such a small snapshot. They’re my favourite writers for their courage and wisdom foremost. I believe they demonstrate forms of liberation and encourage unity. There are so many authors and so many forms of writing, if I sat with this for a couple of days this answer might look quite different. Bulkier. Possibly the size of a short book itself.

It’s a focused summoning of emotion. It’s less about background and more about feeling. How few words can be used to illustrate, to conjure, an image strong enough to raise emotion in another. What picture can be created that a person can feel into and hopefully be articulated well enough to get a rise, a laugh, a feeling of nostalgia, or whatever it might be. It’s a fast way to reconnect us with our lives and our shared experiences. It’s accessible ? quick to digest, yet lingering in feeling. I can still see this clothesline in a 100-200 ‘slinky’ I ready online, and feel the air as if I was there. It took a minute to read and it has not left me. For me, it really tests my ability to be concise.

Did you write ‘Egg Scrambled and Beat’ specifically as an audio piece or was it originally written for print?

Specifically as an audio piece. Of course I didn’t know when I was writing it if it would be anything/make the cut but I ended up liking it the most of the six I chose to record, so it’s a plus someone else did too. The Phone It In concept is what sparked my interest. Write + Speak is exactly the direction I want to be heading in, and the opportunities present themselves! I was in from the moment I saw it and determined not to back down like I so often do.

Ron in ‘The Adventures of Ron’. It – He – was a large creature who met his demise in each story. ‘Where-The-Wild-Things-Are’-esque, mostly body, no arms or hands though. Ron was a simple, endearing being. A loveable, gentle and unassuming beast put in circumstances where he was bound to meet his tragic, comedic end via his own naivety and clumsiness. I think he knew but sacrificed himself for the sake of humour. He died walking off cliffs into shark-infested waters and the like.