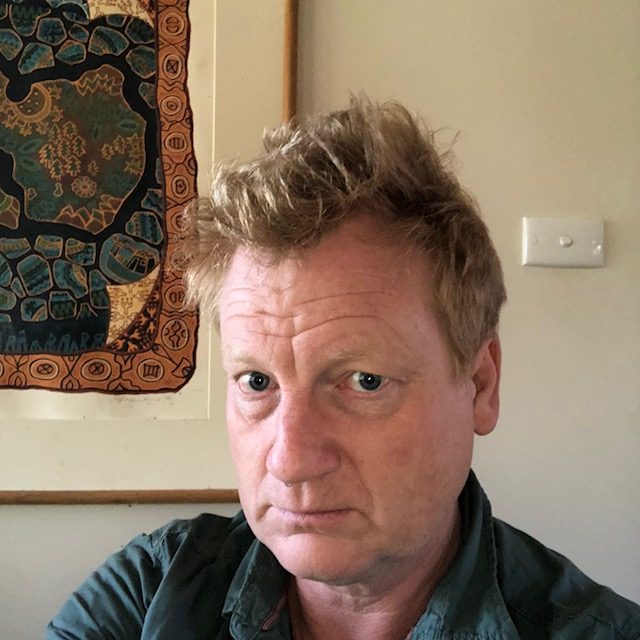 William Lane, finalist in the 2018 Carmel Bird Digital Literary Award, chats with publishing intern, Bridgette Sulicich about his prize-winning collection, small forest, about his own reading and writing habits and about some of the inspirations behind this fantastic collection. 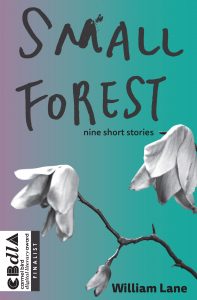 What is the most difficult part of the writing process for you?

The first draft – it seems to almost physically hurt.

Who are some of your favourite authors and what are you reading at the moment?

My favourite short story writers are Barbara Baynton and Frank Moorhouse. Most of the stories in Small Forest were written in a burst after reading the collected short stories of D. H. Lawrence.

I tend to read several things at once – my eyes are bigger than my belly as far as reading goes. At the moment I’m reading a beautiful translation of the ancient Greek story, ‘Daphnis and Chloe’, a study of Louis Nowra’s writing, Shakespeare’s Cymbeline and a wonderfully rich volume titled American Short Stories since 1945. All borrowed from the local library.

Your stories often contain references to music, for instance, ‘Vivien’s Fingers’, ‘New Sound Recording’, ‘Eternal Rose’. Do you listen to music while you are writing? If so, what?

Piano seems to be the instrument of choice in these pieces, has it played a big part in your life or family relationships? Do you play yourself?

The piano has been very important to the women in my family. My sister, mother, aunts, grandmother and so on all played it. I think the women used the piano to communicate with each other through the generations. We had two pianos while I was growing up, and one of my strongest early childhood memories is lying on the floor while listening to my mother and sister playing a two-piano arrangement for Handel’s ‘The Arrival of the Queen of Sheba’. I was amazed – the notes were so fluid and rapid and bright, and just seemed to shower out of the sky. I could feel my mind opening up.

I do try to play the piano myself, but only if no one else is around to suffer it!

Why did you choose the name ‘Small Forest’ for this particular collection?

There are large worlds suggested in the small forms of these stories. So the stories are both large and small. I hope the title suggests that.

Your story ‘The Glider’ about the two country kids vandalising an Indigenous cave painting is set in a rural area. How important are your own surroundings, for example where you are residing now in the Hunter Valley, to your writing?

I think the surroundings I grew up in remain important to my writing. My current surroundings are perhaps not so important, if only because my inner landscape, from where the stories emerge, has been more or less formed. I grew up in the paddocks, orchards and bushland on the edge of Sydney, and those places shaped my imagination. We had a small forest in our backyard.

Your final story in the collection, ‘The Tree Line’, has a different tone to your other pieces, insofar as the timeline and character are not so tangible. Was this choice specific? And what compelled you to include it in this particular collection?

It is different to the other stories. I wanted to push the possibilities of the collection. ‘The Tree Line’ is longer than the other stories and technically more complex. For example, it is narrated in a freer, almost stream-of-consciousness fashion that flits back and forth between two time frames. It is probably more challenging to read, too!

I included it in this collection because, although stylistically different, it extends the predominant themes of the preceding stories, such as the return of the repressed, intergenerational trauma and the effects of music. In particular, it extends, and I hope resonates with, the first story in the collection, ‘The New World’.

‘The Tree Line’, as with a few others in the collection, is a love story. It gives voice to a yearning for a lover from a past life. When people fall in love, it’s quite common to hear them say they feel they have known the other person from an earlier life. This story adds several twists to that.

Some aspects of this collection share a very specific insight into the lives of others, for example the young people suffering from eating disorders in ‘Children’s Hospital’. How much research did you do to gain this insight, and was it hard to write?

What a good question. It’s said you should only write about what you know, but then the question simply becomes: what is knowing? There are so many different ways of knowing. Some of this collection’s stories, such as ‘Children’s Hospital’, are based on direct life experience, which is one way of knowing. One of my children as a toddler suffered from a type of blood poisoning, and was in hospital for about ten days. Presumably because of bed shortages, she was placed in a ward of young teenagers with eating disorders. I was with my child almost the entire time she was in hospital, so there was no research for this particular story, only observation. The raw experience then went through the process of fictionalisation – the parent in ‘Children’s Hospital’ is a female character, for example.

It was a very hard story to write, as it’s about great suffering, and I believe writing, like reading, is an act of empathy.

WILLIAM LANE lives in the Hunter Valley, NSW where he is raising three children. After completing an Honours degree in Australian literature, he travelled and worked in a number of different jobs. In addition to reading and writing, his interests include music and education. He has completed a doctorate on the Australian writer Christina Stead.

Available from Booktopia and Amazon