Older women drinking sherry and behaving badly at funerals, weddings, parties, anything. In this episode, Ali and Emma discuss Elizabeth Hodgins’ ‘Timeless Crones’ narrated by Ella Watson-Russell. They ask if you have any thoughts on some of the common tropes used to portray older women in mythology through to popular culture. Join the discussion on the Coffee Pod|cast Facebook page.

‘Timeless Crones’ is published in the microlit anthology, Writing To The Edge. 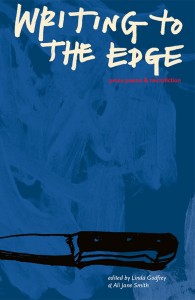 Elizabeth Hodgson is a Wiradjuri woman who lives in Wollongong on the New South Wales south coast. She was born in Wellington, New South Wales, but spent her childhood in a home for fair-skinned Aboriginal children in Sydney. She writes from the perspective of a fair-skinned Aboriginal woman with a dark-skinned father about the racism which has permeated her life. Her poetry collection, Skin Painting won the 2007 David Unaipon Award and is published by UQP.