‘Disturbance’ is published in Loopholes by Susan McCreery. 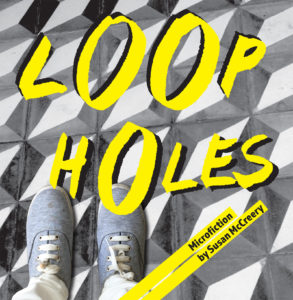 Her poetry collection, Waiting for the Southerly, was published in 2012, and Commended in the Anne Elder Award for a first book of poetry. After the release of Waiting for the Southerly, Susan turned her attention back to prose, focusing initially on short fiction and microfiction, and now on a novel. Her collection of microfiction, Loopholes, was published in December 2016, and was a finalist in the Small Press Network’s Most Underrated Book Award (MUBA) of 2017.

This Person Is Not That Person, a collection of short stories, was published in September 2019.

Alex graduated QUT Acting in 2017 before moving to Sydney where he is currently working in film and theatre. His film and TV credits include the Australian film Danger Close and ABCTV’s Les Norton. Alex is a regular performer in Little Fictions Productions.