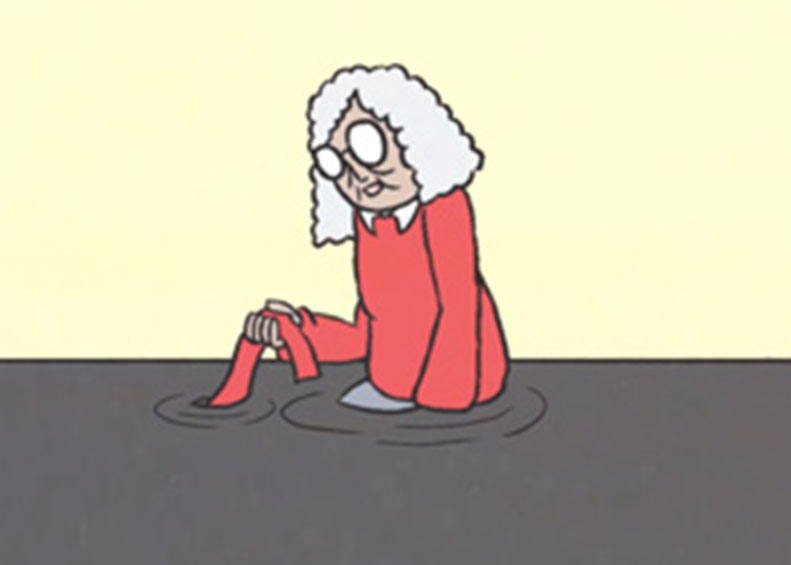 With its elegant and unique architecture, Green Square Library was the perfect setting to capture the theme of the evening: a celebration of innovation. Not only were the UTS students’ Microflix films shown for the incredible pieces of artwork that they are, they were deconstructed and built upon by a myriad of installations that showcased both the filmmakers’ talents and highlighted the microfiction that they were based upon.

Guests were invited to explore three levels of the library tower, where they would experience three different explorations of select Microflix films.

On the top floor, the Anything Room hosted the Page to Screen Adaptation session, run by Deb Szapiro, where she invited the filmmakers to discuss their inspiration, motivation and the process of creating their shorts. Each film was shown twice – sandwiching the discussion so that viewers were able to first experience the raw emotion of the pieces and draw their own conclusions. The second viewing was then coloured by the filmmakers’ aspirations and intentions.

Some filmmakers were also lucky enough to have their microfiction author in the audience, allowing the writers to share their feedback about how they thought their piece would translate to the screen and what it’s like to see new interpretations of their writing.

“I loved hearing students discuss the process of making the films, and the thought that went into their decisions. They were so articulate and the films were top-notch.” – Shady Cosgrove (Author of ‘Self Medication’ and University of Wollongong teacher of Creative Writing

Here, we were treated to Sound in Microflix which showcased some incredible sound improvisation by Stephen Adams and Will Hansen. A projection of eight Microflix films ran continuously, showing each piece twice in a row. The first play was accompanied by an array of piano, bass and percussive soundscapes designed on the spot by the two performers, which was then contrasted by the short’s intended soundtrack on the second play through. Experiencing the almost overwhelmingly intense life given to each film by the live music was, in the most literal sense of the word, awesome. To hear how the Music and Sound Design students had envisioned the films’ soundtracks brought new light to the limitless interpretations that are possible in an event like this.

“The musicians improvising their own soundscapes were innovative and just as the films reinterpreted the source stories, these new sounds created a fresh interpretation of the images in the microflix.” – Brenda Proudfoot (Newcastle author of ‘Down The Rabbit Hole’, whose story was the basis of the Diversity Award.

Our last installation was Frame by Frame Microflix, conducted by George Catsi. Here, two films were played through and the audience was given the opportunity to shout out ‘STOP!’ at any point. Wherever the film paused would lead to a discussion from the filmmakers about their specific vision for that frame or scene. This room gave us an opportunity to understand the creative and technical processes that go into making a Microflix film, and really delve in to the minds of the creators. John Carey, whose work ‘Aurora Australis’ was adapted into the microflix film ‘Sweet Dreams’, stopped by to lend us his thoughts when writing the piece. Kezia Suryaputra was the filmmaker for ‘Sweet Dreams’.

“I was impressed by the talent on offer and by the efforts of everyone involved” – John Carey (Author of ‘Aurora Australias’ and ‘Left Out’, which was performed during the Multi-media Performance)

Each floor’s session ran through twice, giving guests the opportunity to explore all that the night had to offer. After the second session had wrapped up, everyone was invited down to the Main Auditorium for refreshments and a multi-media performance that gave a new perspective to some of the films we had already seen throughout the night, as well as some new pieces. Actors Grace Naoum and James Thomasson gave voice to an array of incredible microfiction before a backdrop of a still taken from each piece’s film adaptation. Some performances were accompanied by pre-recorded soundscapes that transported you into the heart of the story. We also had readings from three authors, Alana Hicks, Debra Le Nepveu and John Carey, who captivated the audience and breathed life into the words they had so expertly written.

“What a lovely experience, to be handed your work back in another form, interpreted creatively by people who are working in another medium!” – Christine Howe (Author of ‘Sea Womb’ and University of Wollongong teacher of Creative Writing)

Being a part of a night that celebrated such an amazing array of talent was an experience I am not likely to forget in this lifetime, and it could only have been designed by the visionary that is Bronwyn Mehan. Her impeccable eye for exciting approaches to presenting short stories could only have been realised with the help of Debra Szapiro, George Catsi, and James Hazel, whose video, audio and emceeing expertise made the night to flow so smoothly.