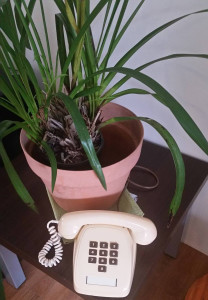 Do you remember push button phones? When the only form of communication, outside of face-to-face, was by picking up the phone and calling a friend? When there was no such thing as instant messaging or social media? And the only way to find out about someone’s life was by calling them? StoryPhones is about capturing this sense of whimsical nostalgia, tied together with the art of literature.

Okay so, what is StoryPhones, you’re probably asking? Well it is a pairing of three forms of media – the written word, the spoken word, and push button phones. These phones have been refitted to hold twelve short stories which play when you press a number on the dial pad. Instead of using the dial pad to call out, you are essentially using the phone to listen to an audio story. Each story is under two minutes long, written by Australian authors and performed by Australian actors. These stories have previously been published by Spineless Wonders in short story anthologies. The stories are performed and recorded at live shows hosted at Knox Bar in Chippendale, in a show called Little Fictions.

When Bronwyn first walked me through the concept of StoryPhones I was really excited at the idea. It is such a creative way of releasing audio stories to the general public, and it will get people excited and talking about Spineless Wonders and Little Fictions.

I have been interning at Spineless Wonders for a while now and I am amazed at the creativity of this team. They are exploring the world of literature, audio production and performance art and paring them with old and new technologies. By combining written literature with spoken word and performance art, Spineless Wonders opens up a world of opportunity for its authors, actors and audience. This combination between art forms opens up new ways for audiences to find and experience literature and gives authors more exposure for their work. By recording the live shows and reusing the audio in creative projects, such as StoryPhones, authors and the actors who read them, are given more opportunities to have their work heard by audiences and fans.

How do you use the phones? 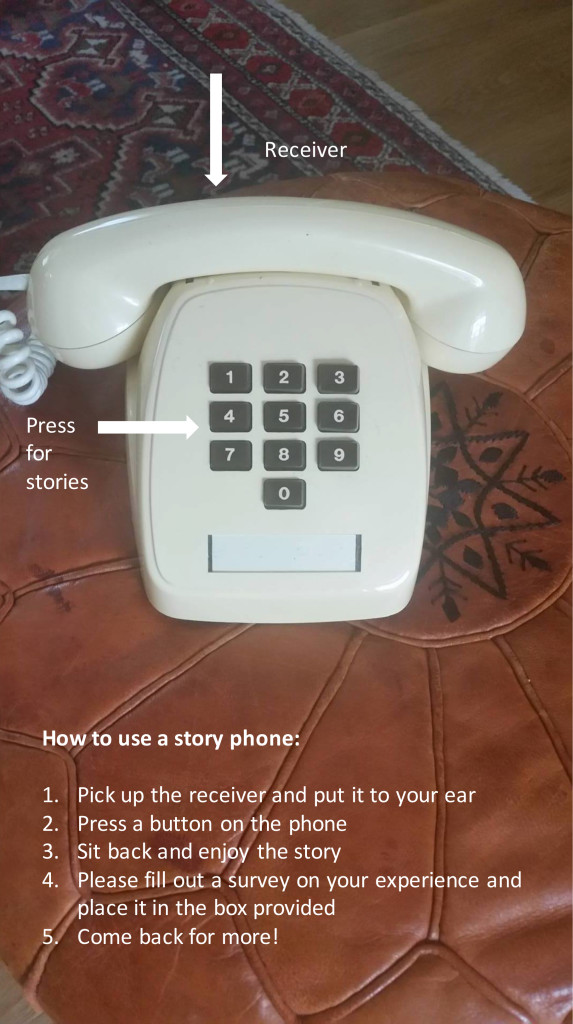 What will you listen to?

The first twelve stories that will be available on StoryPhones are introduced by our operator, Felicia aka Little Fictions’ Kate Fraser. They include

To learn more about these stories, the authors and the actors please click here.

Where are the phones located?

The phones will be available at the Newcastle Writers Festival in 2017. Stay tuned to find out where else the phones will pop up in a café or festival near you. 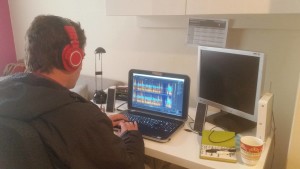 this project has been a team effort. From Jack McAuley working on the audio files, to listening to our voice artist Kate Fraser record and Lloyd Sharp to reconfigure these phones, we have the best in the business to deliver this experience to the book expo. 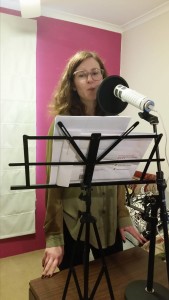 he scenes into creating these phones!

This is our audio guy, Jack, working on cleaning up the tracks to give the clearest playing through the phones.

Here is our voice artist Kate recording the introductions to each story, and the ‘welcome to StoryPhones’ introduction.

And last but not least, we have Lloyd working on reconfiguring the phones. 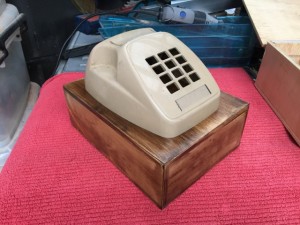 If you are as excited as I am to experience this new auditory phenomenon, then please pick up the phone and listen!

If this post has you excited about the creative ways of accessing great Australian literature, then be sure to stop Knox Bar in Chippendale on the second Tuesday of every month to experience Little Fictions live in action. For more details please see the venue or follow Little Fictions @ Knox Bar on facebook.

If you are int 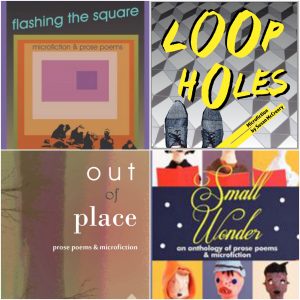 erested in purchasing a copy of any of these books, please purchase them online here.

Credit to everyone involved in StoryPhones