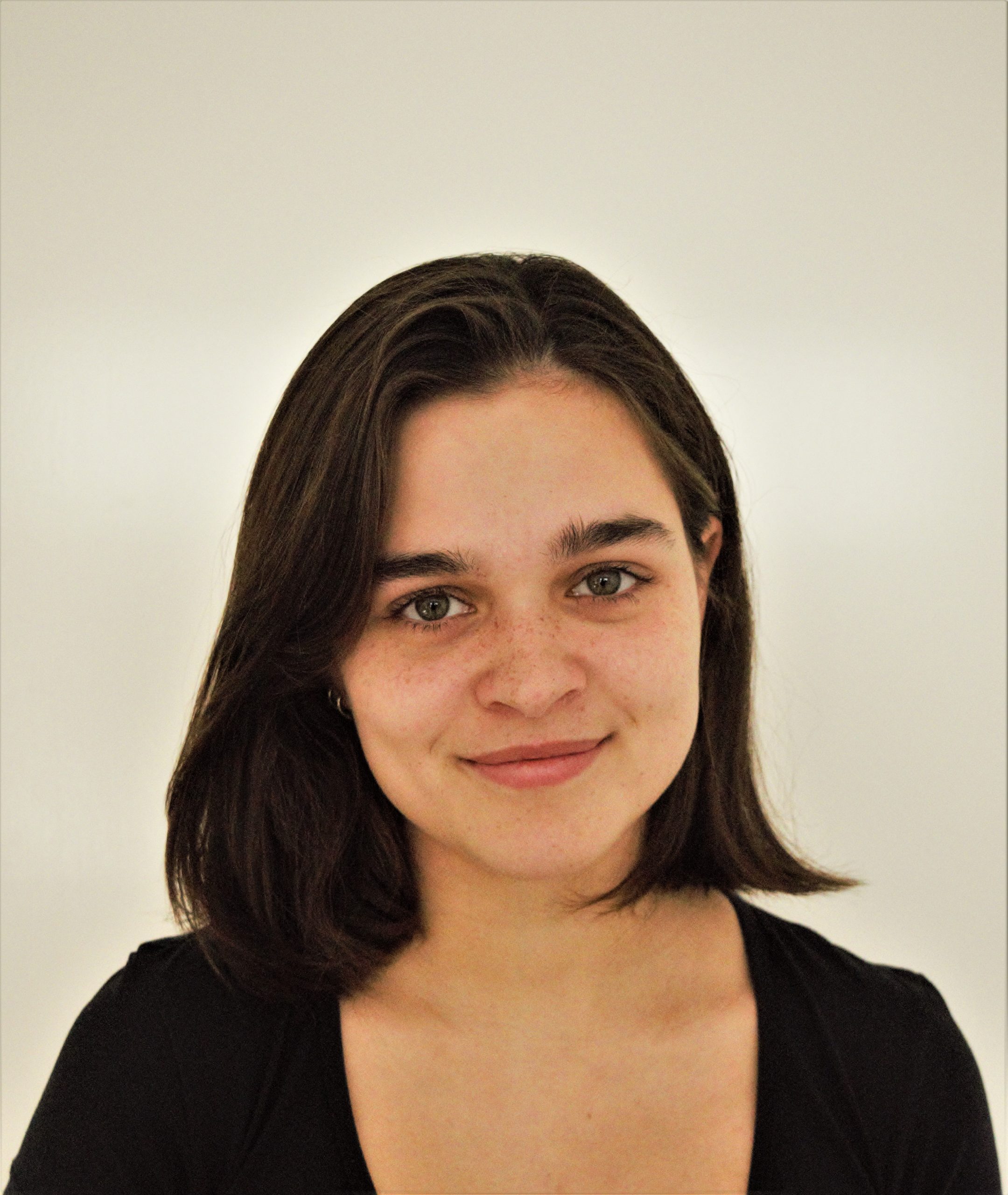 We are thrilled to announce this year’s Slinkies authors. In the next series of posts we bring you interviews with 2020 Slinkies authors, Sophie Overett, Harry Goddard, Ch’aska Cuba de Reed, Liam Higham, Sky Carrall, Emil Colic, Tehya Nicholas and Thomas Alan. In this post, Ch’aska talks about her short story, ‘Synaesthetic Nights’, her writing habits – good and bad –  and the writers who most influence her. ‘Synaesthetic Nights’ is published in the anthology Slinkies Shorts which is available from all major ebook retailers.

Where did the idea for ‘Synaesthetic Nights’ come from?

Synesthetic Nights actually started as a writing exercise that I gave myself. I’d just started really pursuing writing head on and was concerned that my predisposition to writing more dialogue heavy pieces was blocking me from carving out realistic and engrossing stories. 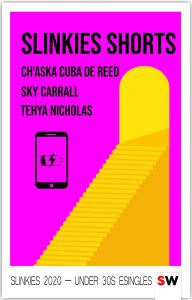 Synesthesia as a concept is also just a trait that I find incredibly interesting and was one of the things that drew me to studying neuroscience (a degree I’ve now dropped out of to pursue creative writing). It isn’t a condition that I have, but descriptions from my father’s experience and reading up on the way that it can manifest itself from as small as association to as large as colour taking over your landscape in response to a word or number fascinates me.

The story is also an ode to my big brother, who I thought the world of when I was younger and still do.

What are your writing habits?

Horrible. So bad. I always read interviews with writers where they talk about these really great, really productive habits they set up for themselves and I’ve never seen myself in them (no matter the amount of times I’ve attempted morning pages).

Realistically, my writing habits are obsessive and spontaneous, where I’ll wake up accidentally in the night to write a whole story, or desperately try to write a chapter into my notes app in between serving customers at work.

The best habit I have made for myself, though, is having small notebooks that hold everything from journalistic jottings and weekly calendars to broader story outlines and handwritten portions. It means that when I do need more structure, I have somewhere to turn.

Who are your favourite authors? How have they influenced your writing?

Rachel Cusk and Delphine de Vigan have been crucial to helping me discover and broach that gap between fiction and non-fiction. Particularly de Vigan’s ‘Based on a True Story,’ which still has me reeling years after my first (of four) readings.

I also keep a copy of Helen Garner’s ‘Yellow Notebook’ nearby, gifted by my grandmother, to remind myself that there’s usually something special to be found in the mundane.

It’s accessible. Novels take a huge commitment to get through them. It’s a real achievement to fit characters worthy of compassion and understanding into only a few pages. And because they’re so short, you can read so many! Short stories don’t carry that same choice anxiety that picking out a book does for me because I could read fifty in a day if I wanted to.

What other projects are you working on? Where can people catch you on the internet?

As would be expected of a short story lover, I’m actually working on my first novel at the moment. Aside to that, I’ll always be working on a few stories here and there, and of course, keeping up with my university deadlines.

You can find me on Instagram currently, @chaskacdr, and hopefully on my own big girl website sometime soon, where I’ll be collating my work together.

Ch’aska Cuba de Reed is a 21-year-old creative writing student at the University of Technology, Sydney. Her writing has been published in UTS’ Vertigo magazine and Baby Teeth. When she isn’t writing, she’s partial to an indoor climb or an outdoor boog.