This year the NWF/joanne burns Microlit Award invited writers to submit fiction or prose poems of up to 200 words which play with popular genres. The winners of the National and Hunter categories, along with award finalists and invited authors are published in the anthology, Pulped Fiction which is released this month. The winners are….

Writers Jane O’Sullivan and Deborah Van Heekeren have each been awarded prizes in the 2021 joanne burns Microlit Award. Named after the famous poet, this year the prize invited writers to submit fiction or prose poems of up to 200 words which play with popular genres. The winning entries are published in the anthology, Pulped Fiction which is released this month.

O’Sullivan, a Sydney writer, has won the national category of the NWF/joanne burns Microlit Award for ‘Portals’, a Magic Realism piece involving a cat and a parallel universe which award judge Professor Cassandra Atherton praised for its incredible brevity and wit. Van Heekeren has won the Hunter Region category for ‘‘If On An Anxious Wednesday A Dreamer’ which was praised for use of intertextuality and its clever pacing.

Both writers receive a cash prize of $300 and are published along with well-known writers of the microlit form such as joanne burns, Jen Webb and Shady Cosgrove. Pulped Fiction is edited by microlit expert, Professor Cassandra Atherton and features an Introduction by Romance fiction writer and academic, Jodi McAlister. 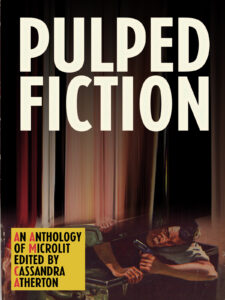 This year’s winners will receive their awards from festival director, Rosemarie Milsom during an online event on April 7 which will feature readings from Pulped Fiction, as well as a pop culture-inspired trivia quiz, fancy dress and cocktails. The anthology will be launched by Dr Alyson Miller.

To keep informed about this and other exciting Spineless Wonders’ events, sign up to our newsletter and follow us on social media. 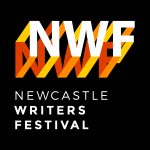 About the NWF/joanne burns Microlit Award

Established in 2011, the joanne burns Microlit Award is an annual competition dedicated to nurturing, rewarding and showcasing high quality microliterature up to 200 words in length by Australian writers. Since 2016, the Newcastle Writers Festival has sponsored the local category of the award, regularly programming panel discussions of the microlit form and hosting the launch of the annual Spineless Wonders’ microlit anthology.