We are excited to announce the results of the 2020 Carmel Bird Digital Literary Award. Top honours go to Michalia Arathimos  for her short-story collection Apologia with runner up status is conferred on Katerina Cosgrove for her novella, Zorba The Buddha and Brooke Dunnell for her debut collection, Female(s and) Dogs.

Katerina Cosgrove’s Zorba The Buddha is described by Lee Kofman as ‘urgent and riveting’ and in his preface to the novella and reflective essay, Angelo Loukakis pronounces it ‘an ambitious and richly imagined piece.’

Brooke Dunnell’s short story collection Female(s and) Dogs is witty, observant and heartfelt. And as writer Wayne Marshall says ‘it lights a firecracker beneath the sleepy veneer of suburbia’.

Arathimos receives $3000 in prize money, and Cosgrove and Dunnell each receive $1000. All three works have been published as eBooks by Spineless Wonders. Zorba The Buddha will be also be released as an audio-drama directed by Elizabeth Nabben and featuring Helpmann Award-winning actor Vaishnavi Suryaprakash in late 2020. 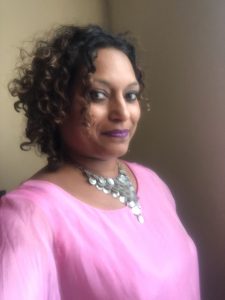 The judge for 2021 is author Roanna Gonsalves whose book, The Permanent Resident (UWAP) won the NSW Premier’s Literary Award Multicultural Prize 2018.  Roanna is a recipient of the Prime Minister’s Australia Asia Endeavour Award and was literary consultant on the Citizen Writes project which promotes cultural diversity.

‘I am honoured and delighted to be judging The Carmel Bird Digital Literary Award 2021,’ Ms Gonsalves said. ‘I’d love to read work that is fresh and engaging – prose that is in vital conversation with our world.’

Submissions for the 2021 award will open shortly with the deadline set for February 1, 2021. See Submissions tab for details.

Launched in 2017, the Carmel Bird Digital Literary Award is an annual competition

that showcases new works of short fiction up to 30,000 words in length from Australian writers. We would like to thank the Copyright Agency’s Cultural Fund for its generous support for The Carmel Bird Digital Literary Award.