‘Morning Meeting’ is published in Jon Steiner’s debut collection, The Last Wilkie’s and other stories. Watch the book trailer here. 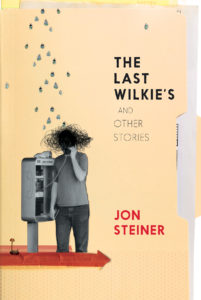 A native of Washington, D.C., Jon Steiner moved to Australia in 2000. He studied writing at the University of Technology, Sydney.  His work has been published in the 2007 and 2008 UTS Writers’ Anthologies and Spineless Wonders’ Escape anthology (2011). Two of his short stories, ‘Gecko’ and ‘Robber’ have been made into short films. Read more about this here. You can read an interview with Jon here. And you can watch a video interview with Jon, his editor Josh Mei-Ling Dubrau with host Emma Rose Smith, here.