At the time of writing this post, we are still mid-way through the first season of Microflix screenings at the 2018 Surry Hills Festival. So if you live in or are visiting Sydney, there is still time to see these thirty fantastic animated films. Our launch and awards night was held a week ago, but we have nightly screenings all this week (Sept 17-22)  in Steel Ln next to the iconic Shakespeare Hotel and there will be screenings at the 1880 Hall in Devonshire Street from 10am to 5pm on the main festival day, Saturday September 22.

In this inaugural year, we are showcasing thirty 90-second films based on Spineless Wonders’ microlit texts and created by students from the animation and sound design courses at the University of Technology Sydney. From 2019, the Microflix Awards and Festival will be open to Australian filmmakers working in any format including a ‘Made on Smart Phone’ category worth $1000 sponsored by the Sydney Mechanics’ School of Arts.

Awards this year, valued at $200 each, included the UTS Best Direction, the Spineless Wonders Best Adaptation and the Surry Hills Festival Best Sound Design Awards. For details about the nominations and winning entries see this earlier News post.

The Microflix Awards & Festival is the brainchild of Bronwyn Mehan, director of the short story publishing house, Spineless Wonders, filmmaker and educator, Deborah Szapiro, writer, critic and academic specialising in microliterature, Cassandra Atherton and microfiction author and artist, Richard Holt. We’ve been collaborating for a number of years now around our shared passion for the getting pithy but powerful narratives onto screens, big and small and the Microflix Awards and Festival is the culmination of our shared vision.

From Flashing The Square to Microflix

Spineless Wonders has found short films to be an ideal medium for engaging people in the stories it publishes. These very short, often text-based videos not only appeal to lovers of literature but they also have the capacity to engage new and often younger audiences.  And while accessible and entertaining short films can have a far greater reach than literary fiction in print publications, it is also true that engaging films can also foster increased interest in the publications from which they originated. It is an exciting and dynamic phenomenon.

Coupling microlit with video, film and/or animation allows us to hear, see, ‘read’ and internalize this form in new ways – ways that can elicit a profoundly creative response. Cross-media work appeals to people who are sound- or visually-driven, as well as those searching for a strong narrative element and a degree of sophistication in writing; it encourages new audiences, writers and readerships’. CASSANDRA ATHERTON 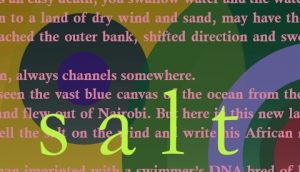 The microlit video story began in  2013 when Melbourne videomaker, Richard Holt and Sydney publisher, Bronwyn Mehan produced a Flashing The Square, a print anthology of over thirty ‘flash fiction’ or ‘microlit’. A series of videos based on a selection of these texts were projected onto the outdoor screens at Melbourne’s Federation Square and indoors at the National Gallery of Victoria foyer throughout the 2014 Melbourne Writers Festival. In 2016, Spineless Wonders commissioned emerging video artist, Emily Twomey to produce a series of videos based on an anthology curated by Associate Professor Cassandra Atherton. These were subsequently screened at the Beams Festival in Chippendale. In 2016, a collaborative project between Bronwyn Mehan and Deborah Szapiro from the University of Technology, Sydney began to see the annual production of animated videos based on Spineless Wonder’s microlit texts. A selection of these student animations were screened at the 2017 Surry Hills Festival. In April, 2018, a series of videos by Regina Botros based on texts from the microlit anthology, Time (edited by Cassandra Atherton) were screened throughout the Newcastle Writers Festival weekend. 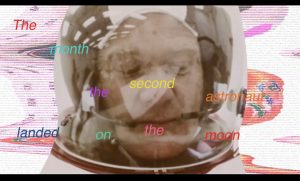 UTS and Spineless Wonders – an innovative collaboration between authors, educators and filmmakers

In 2016, Spineless Wonders began a collaborative project with staff from the animation department of the University of Technology Sydney led by Deborah Szapiro. The collaboration entails the production by students of animated videos based on microfiction published by Spineless Wonders.

DEBORAH SZAPIRO: I have worked with Bronwyn Mehan and Spineless Wonders over the last two years in my capacity as Lecturer in the Bachelor of Design Animation at the University of Technology Sydney. An important element of our curriculum is external engagement with industry and cultural partners, we choose these partners carefully. In this capacity I have worked with Spineless Wonders to incorporate a collaborative project into our YR 2 curriculum. 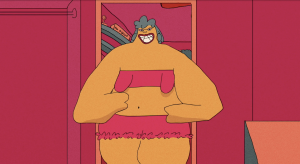 Spineless Wonders was chosen as an external engagement partner as they produce work that is of a high standard which is culturally diverse and relevant to my students, some of whom will become Australia’s leading creative moving image practitioners.

Working with Spineless Wonders and their stable of Australian authors allows my students to understand narrative in a way that would not be possible if they were writing their own stories. It also encourages them to respect and learn to work with Australian writers and to form partnerships with people that they might work with in the future.

The collaboration involves the students adapting a range of microlit stories and producing short animated works inspired by these stories. As part of the collaboration we have also held workshops with microlit authors. The micolit format is particularly appealing to me as an academic and a film maker as it brings a discipline around meaning and refinement of concepts, along with an imaginative approach to what is possible in a short format. It also allows my students to work with sophisticated concepts that they would not necessarily produce if they wrote their own narratives, as well as improve their understanding of narrative structure. The films produced have begun to form an exciting body of work and I would like to see them reach a wide audience, particularly in an environment that can put the work in context. This year alone, 2018, we produced thirty works that are of an incredibly high standard. A welcome addition to the collaboration this year has been the involvement of students from the UTS Bachelor of Music & Sound under the guidance of Felicity Wilcox. 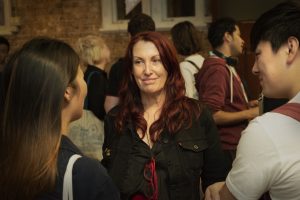 DEBORAH SZAPIRO is an award winning creative producer, curator and academic. She has an impressive track record producing innovative animation and documentary for film and television. Her work has been screened extensively by broadcasters and film festivals worldwide. Awards to films include two AFI awards, Dendy, ATOM and IF awards, the Gordon Bruce Award for Humour, The PATHE Award, The Shell Canada Award and the BANFF Television Award for Best Animated Series, among others. She was founder and Festival Director of the Japanime Film Festival, co-director of the Sydney International Animation Festival and continues to curate animation programs and events locally and internationally. More recently, Deborah has expanded her creative practice to embrace architectural projection and was creative director for X Factory Vivid 2016 on the Carlton United Brewery building at Central Park and recently transformed the gigantic wave-form rooftop of the Australian National Maritime Museum with an animated canvas that spoke of our everyday relationship with the sea. She convened a symposium and program of Indigenous Animation at ACMI in Melbourne in July 2018 and is currently Chair of the selection committee for Feature Animation for the Asia Pacific Screen Awards. Deborah currently lectures in animation at the University of Technology, Sydney. 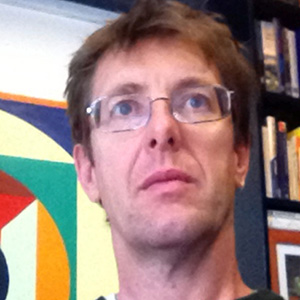 RICHARD HOLT is a Melbourne-based writer and visual artist who has spent many years combining text with visual art, often in the public realm. He developed FLASHING THE SQUARE, a collaborative microlit project with publishing house, Spineless Wonders. The microlit screen project has now spread into venues and festivals nationally. For the past five years, Richard has been delivering microfiction seminars within RMIT’s Professional Writing & Editing Diploma. He’s a current recipient of a Creative Learning Partnership (Creative Victoria, 2018) with St Kilda Park Primary School, delivering a three month intensive microfiction project for over thirty Year 5 boys. He has delivered numerous community writing workshops, most recently for Port Phillip and Eastern Region Library Services in 2018, teaching budding writers of all ages. He designed and ran ‘Write Off’ physical writing programs with Ringwood Secondary College (2016 & 2017), in conjunction with the Realm Text Incubator series. He has also managed youth arts projects in the visual arts, including the Render Street Art Project funded by the Victorian Department of Justice in 2016.  http://bigstorysmall.com 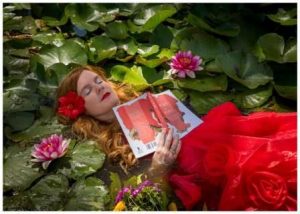 CASSANDRA ATHERTON is Associate Professor at Deakin University where she is a Senior Lecturer in Literary Studies & Professional and Creative Writing. Cassandra was named Deakin University Teacher of the Year 2011 and from 2009 onwards has received Deakin Commendations for Teaching Excellence. She was a Harvard Visiting Scholar in English in 2016 and a Visiting Professor at Sophia University, Tokyo in 2014.  She is currently an affiliate of the Monash Japanese Studies Center.  Cassandra has judged the Victorian Premier’s Prize for Poetry in 2014, 2015, the Lord Mayor’s Prize for Poetry in 2016, 2017 and The joanne burns Award for Microliterature since 2016.  She is the current poetry editor of Westerly Magazine. An accomplished prose poet, Cassandra is one of Australia’s leading experts in the microliterary form and has published papers and addressed international conferences on both digital writing and multiplatform publishing. 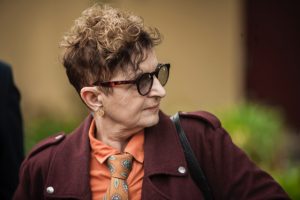 BRONWYN MEHAN is the founder of the Australian short fiction publishing house, Spineless Wonders and she oversees the print, digital, audio and performance activities of the press.  She champions the microliterature form in Australia and her press has hosted The joanne burns Microlit Award and has published annual microlit anthologies since 2011. She is co-convenor of #storybombing, a multidisciplinary collective of performers, visual and video artist, interactive engineers and composers whose aim is to find innovative ways to bring short fiction off the page and into the wider world. In 2018, Bronwyn received a Copyright Australia Cultural Fund Publishing Fellowship to research multi-platform publishing in New York. Before moving into the publishing industry, Bronwyn had twenty years’ experience in the NSW education system where she held the position of Head Teacher, English and for three years was NSW Federation representative on the Board of Studies Years 7-12 English Syllabus and the Years 7-10 Mass Media Syllabus Committees. She is a former member of the Australian Teachers of Media (NSW). Bronwyn is currently a Peer Assessor for the Australia Council for the Arts.

We are looking for award judges for 2019.

If you are interested in assisting with event management, publicity and sponsorship procurement – we will be hiring in 2019. Expressions of interest are welcome.

If you have interest, expertise or experience in film, film education, contemporary literature, creative writing, multimedia arts or communications and would like to join the Microflix Awards & Festival Organising Committee or if you are undertaking or have recently completed study in these areas and would like to gain work experience with us – please get in touch.

Volunteers with general skills and a passion for what we are doing – you are very welcome.

Are you an individual or organisation interesting in supporting contemporary Australian literary and film culture? We are looking for ongoing sponsorship for our award categories as well as for donations or inkind support to assist in the running of the festival.

Filmmakers – whether you are new, emerging or experienced – we will be open for entries in the beginning of 2019.

Writers – we will soon be calling for submissions for microlit. Keep an eye on our website microflixfestival.com.au for details.

We whole-heartedly thank our sponsors, supporters and partners: