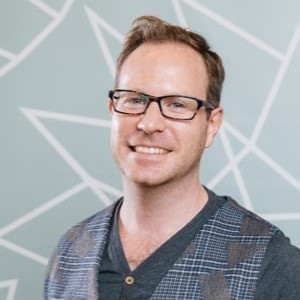 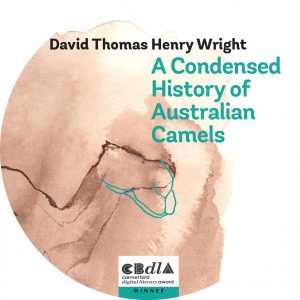 Our prize judge Roanna Gonsalves described Wright’s entry as an ‘exceptional work,’ which is ‘in part an ode to camels and in part a ludic interrogation of the archive’. In her judge’s report she said it is ‘a work of extraordinary imagination, a masterful display of the possibilities of language, that speaks to our contemporary human concerns in a unique and delightful way’.

The two runners up were also announced: Dominique Hecq for her collection Smacked which Ms Gonsalves described as ‘a moving collection of stories about addiction told with heart-stopping narrative control and emotional resonance’ and Rashida Murphy for The Bonesetter’s Fee And Other Stories which she described as ‘a luminous, skillfully-crafted collection about little lives narrated in a distinctively compelling voice’.

Three works were also given Highly Recommended status by the judge for ‘the expansiveness of their artistic visions and their vital, timely conversations about power and privilege: Odette Des Forges’ Woman Walks Into A Bar, Su-May Tan’s Lake Corona And Other Stories, and Emma Ashmere’s The Missing’.

Wright receives $3000 in prize money, and Hecq and Murphy each receive $1000. David Wright’s A Condensed History of the Australian Camel will be presented as an interactive installation in 2022.

Three of the works in this year’s award will be published by short fiction publisher Spineless Wonders. Smacked by Dominique Hecq, The Bonesetter’s Fee and other stories by Rashida Murphy and Lake Malibu and other stories (entered as ‘Lake Corona and other stories’) by Su-May Tan will be released in print format in January, 2022.

Smacked will also be released as an audiobook narrated by Ella Watson-Russell as will The Bonesetter’s Fee and other stories with narration by Rashida Murphy. Both audiobooks will be produced by Spineless Wonders Audio.

“Rashida Murphy compresses lifetimes into these nuanced and intimate stories where characters grapple with ways of being and belonging. Her characters remake lives in shifting terrain where sometimes it is barely possible to speak, let alone be heard. The echoes of absences, and of unspoken, misremembered and intentionally forgotten events, ripple across time and place.” Michelle Michau Crawford, Leaving Elvis

‘Delve into the fragility of the human psyche with Dominique Hecq’s collection of short stories Smacked and other stories of addiction. This collection invites you to experience the rollercoaster of shock, shame, desperation, and hope written into the lives of her very relatable characters.’ Marshall Moore, author of I Wouldn’t Normally Do This Kind of Thing

‘In Lake Malibu and other stories, Malaysia bursts into teeming life, sensual and unsentimental, peopled by hungry, slightly lonely souls, some Australia-bound, all longing for soul mates. This collection introduces a quietly powerful voice, one that could enrich Australian writing for years to come.’ James Button, author and former journalist at The Age

Established in 2017, the Carmel Bird Digital Literary Award showcases new works of short fiction up to 30,000 words in length from Australian writers. It is auspiced by Spineless Wonders and has been supported by the Copyright Agency’s Cultural Fund. Graphic design for each year’s series is created by Bettina Kaiser.

This award will not be offered in 2022. Keep in touch with us via our newsletters and social media for updates on future opportunities.